A complete guide to watching the 2021 World's Strongest Man 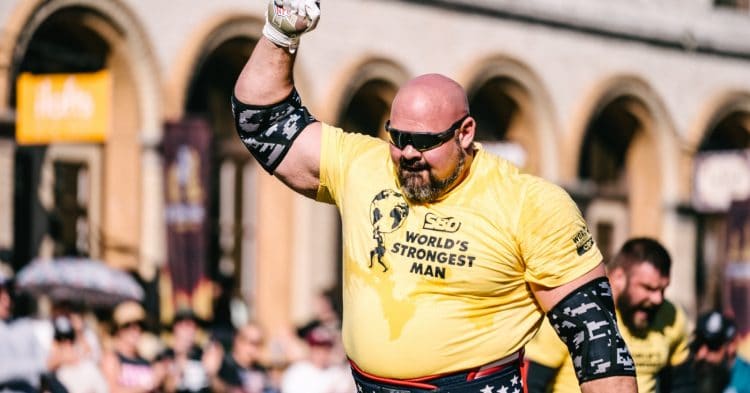 The 2021 World’s Strongest Man took place June 15th-20th, at the Old Sacramento Waterfront in Sacramento, California. This is everything you need to know about the contest, including where to watch the action in the United States this weekend.

Featuring 25 strongman athletes from around the world, this year’s WSM had a lot to offer. It will feature a litany of challenges, including some never-before-seen events, to determine who the strongest man in the world is.

Initially it did not seem that fans would be allowed to attend this year’s event, but that was changed a few weeks out from the competition, with tickets being put on sale. However that will not be the only watch to watch the action from the west coast.

As is normally the case, the 2021 World’s Strongest Man was not streamed live. Instead the action has been prepared for broadcast at various dates in the United States, and worldwide.

For U.S. viewers, they can watch the action starting this weekend, July 3rd, on the CBS Sports Network. Below is a full breakdown of the schedule

How To Watch The 2021 World’s Strongest Man Worldwide

Below is a list of the networks where various countries can watch the broadcast, as well as the few dates that are currently set in stone. This information is subject to change, as more dates become available.

Broken into groups of five, the top two athletes with the highest scores within their group advance to the Finals. Below are the five qualifying groups:

There will be a total of 14 events that athletes participate in at this year’s WSM. Among them is the brand new Titan’s Turntable, which will force the strongmen to push an antique train car on a rotating platform.

The rest of the event lineup sees familiar activities like the Fingal’s Fingers, and of course the Atlas Stones, as well as returning favorites like the Train Pull. You can see the full breakdown of events below.

All in all, the 2021 World’s Strongest Man is shaping up to an action-packed week of excitement. Stay tuned to Fitness Volt for full coverage of the contest, including event results, athlete interviews, and more!