Will Phil Heath And Kai Greene Compete At The 2019 Mr. Olympia?

Could we see a battle of legends after Shawn Rhoden was stripped of his eligibility to compete this year? 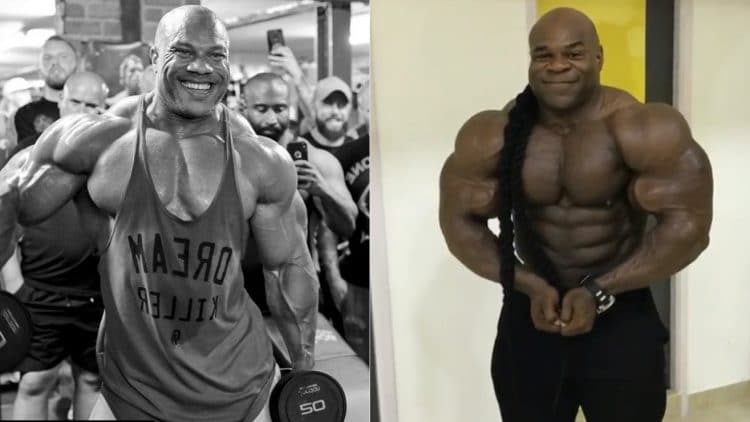 It’s no secret that Shawn Rhoden’s eligibility to compete this year was revoked by AMI after he was charged with rape last Thursday.

But now, some attention has been shifted toward the guys who will be competing this year now that there’s no threat of a title repeat by Rhoden. Last year, Shawn Rhoden defeated 7x Mr. Olympia champion Phil Heath to win his first title, which also made him the oldest (43) to do so.

But Heath was, of course, disappointed with his performance as his extended gut issues may have cost him a record-tying eight title. He’s been busy with business ventures and touring in the U.K. as of recently.

And Kai Greene has been involved with film projects and other business ventures himself, even vying for the role of ‘King Triton’ in the upcoming ‘Littel Mermaid’ film.

Will We See Phil Heath vs. Kai Greene at 2019 Olympia?

But this year, it’s clear that the Mr. Olympia title is up for grabs with Rhoden gone, although it won’t be easy for anyone.

Brandon Curry is coming off of an Arnold Classic win in March and Roelly Winklaar who placed third at the 2018 Mr. Olympia contest could also take it.

And we know that Big Ramy who placed 2nd behind Heath won’t be competing. So, anyone who knows anything about bodybuilding competition knows that Heath would be crazy to not seize this opportunity as his chances of winning again have increased dramatically.

Now, earlier this year, Chief Olympia Officer Dan Solomon made it clear that he wants Kai Greene to compete again. But whether or not he was given a special invite is not for sure, as Solomon explained Greene would have to go through the same process as anyone else.

But years ago, Gunter Schlierkamp was given special invites to a few Olympias so it’s not like it’s entirely impossible. We just don’t know for sure though since that decision would be up to Dan Solomon.

Greene hasn’t competed since 2016 and placed second behind heath in 2012, 2013, and 2014. He naturally became frustrated with this results year after year and it was no secret he wasn’t interested in competing anymore.

Kai Greene is a legend and is a big attraction when it comes to Olympia competition and fans want to see him no doubt! Even Jay Cutler said Greene needs to get back on stage and win the Olympia because he’s got what it takes…

Kai Greene is still massive and can definitely make a comeback if it’s possible. And if he won the title, he’d be the oldest ever to do so at 44 years of age.

Phil Heath, on the other hand, doesn’t even have to qualify since he won the title seven times. He’s training just as hard and has to still look the part, seeing as he is still likely the biggest ambassador of the sport currently.

Fans would love for him to return and make history!

Do you think a Phil Heath and Kai Greene matchup is a possibility at this year’s Olympia?