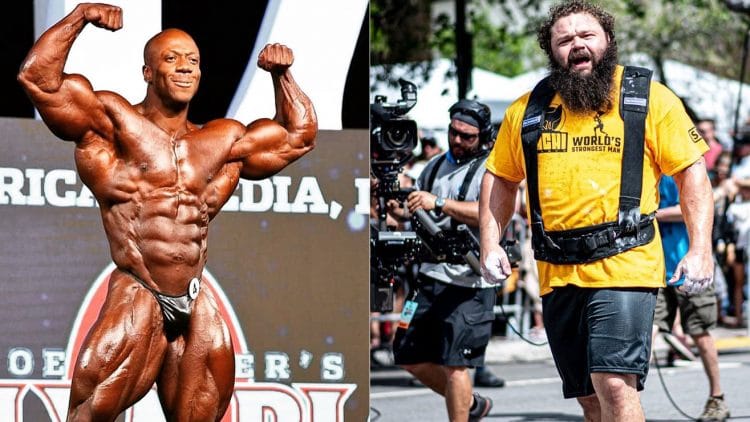 After a disappointing week of news regarding the 2018 Mr. Olympia Shawn Rhoden being charged with rape, TMZ Sports spoke with elite Strongman competitor Robert Oberst to hear his thoughts on the incident.

And it’s safe to say Oberst doesn’t believe in any light punishment for the such a vile crime. Rhoden, 44, allegedly raped a female bodybuilder in October of last year. And now a warrant has been issued for his arrest after police found DNA evidence.

Oberst had some words to say after hearing of the sexual assault:

“Anybody who ever does shit like that, whatever type of punishment they can get, they deserve it.”

“Honestly, I just feel bad for the girl. He’s not a small guy, he’s a very physical person. And so for someone to use that against somebody else, that’s a lot.”

“I’ve got a child, I’ve got five sisters, raised by my mother. It makes me feel bad and it pisses me off.”

Anr Oberst’s idea of punishment is for Shawn Rhoden to get a taste of his own medicine if the accusations are indeed true, which at this point, it seems likely.

Shawn Rhoden has not made any statements as of this time regarding the accusations.

Will Phil Heath And Kai Greene Compete At The 2019 Mr. Olympia?