Flo Rida made bank in a lawsuit after a jury found out the makers of the Celsius drink brand breached a contract and hid money. 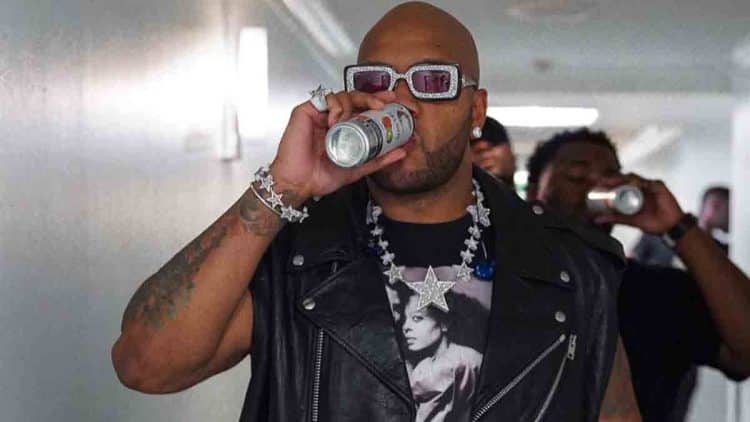 Lawyers for Celsius in court explained that the energy drink company found more financial success after the Flo Rida endorsement deal was terminated. Flo Rida, who got involved with the company from 2014-2018 shared that he was initially owed $30,000 for the contract breach. However, that number skyrocketed after the company continued to show growth.

“Basically, I helped birth this company, and all we was looking for was some trustworthy people who acted as if they were family,” Dillard told The Associated Press. “And then when it comes down to the success of today, they just forgot about me.”

Flo Rida’s lawyers argued that he was an instrumental brand ambassador for Celsius, which enabled the company to grow its portfolio. Moreover, his lawyer credited him for his role in helping the company expand internationally.

Despite the recent litigation, Flo Rida mentioned that he still drinks the product and owns some of the company.

“I’m still a owner in the company. And when you basically planted the seed for something that is successful, you can’t help but have unconditional love,” said Dillard.

According to the hip hop artist, he helped grow the Celsius brand with ‘videos, concerts, appearances, and social media.’

“From the start, I only wanted what I worked for, nothing more, nothing less. I was instrumental in the Celsius that you know and love today. When this journey began no one knew Celsius. I took Celsius all over the world through my videos, concerts, appearances, and social media. I have gained a new respect for the judicial system. God bless America,” Flo Rida shared.

Attorney John Uustal shared that Flo Rida wanted 1% ownership of the brand instead of the $82.6 million.

“He (Dillard) loved the product, and it’s been a very successful four-year relationship,” Uustal said. “There were some benchmarks. He was supposed to get stock when certain things happened. And there became a dispute about whether those benchmarks had been reached. So that’s what this was about.”

The Celsius company has also featured an array of athletes and even a few bodybuilders who represent the brand on social media. Among them is four-time Mr. Olympia Jay Cutler.

His lawyer added that ‘certain things’ like stock options were never made available to Flo Rida despite his contributions. Moving forward, Flo Rida hopes to bury that hatchet and plans to continue working with Celsius.

Fitness influencer Brittany Dawn Davis has been sued by the State of Texas after allegedly misleading people with eating disorders....

Bang Energy CEO Jack Owoc and Monster Energy are in the midst of a legal battle and it does not...