Kamal Elgargni is shutting down a return to 212 Bodybuilding: 'I've won the Olympia, I've won the Arnold, I'm good now.' 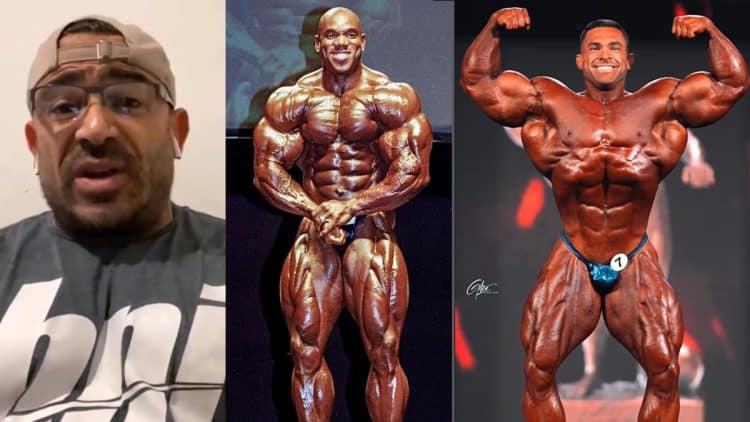 Former 212 Olympia Kamal Elgargni will put his reputation on the line against a number of competitors at the 2023 Arnold Classic six weeks away. In a recent podcast, Elgargni revealed he’s done with 212 Bodybuilding, and plans to end his career competing in the Open.

After a productive 2022 off-season, Elgargni announced his foray into the Men’s Open division. Last July, he revealed his plan was to compete at a total of three Open contests: the Tampa Pro, Texas Pro, and Ronnie Coleman Classic before attempting another Olympia contest.

Elgargni’s trademark conditioning almost won him the Tampa Pro. Judges in Florida were tasked with a tough decision, as Kamal looked arguably the most shredded out of the bunch but lacked size when standing next to Akim Williams and Quinton Eriya. Elgargni ended the contest in second place, and faced a similar problem at the Texas Pro, where he dropped to fourth, respectively.

After his first two Open shows, Elgargni suspended the season to focus on Olympia preparations for the 212 division. At 51 years old, Elgargni finished third behind Angel Calderon Frias, and two-time champ, Shaun Clarida. Meanwhile, in a surprising turn of events, two former 212 athletes in Hadi Choopan and Derek Lunsford finished first and second in the Open class at 2022 Olympia.

Elgargni, who plans to compete at the nearing Arnold Classic, recently discussed his move out of 212 Bodybuilding. The Libyan native also named the freakiest physiques he’s ever seen.

Speaking in a recent video, Elgargni shut down his chances of returning to 212 Bodybuilding.

“The thing with me I’ve always come in good condition. Even if I lose a little bit of my condition to bring more size as we know, no disrespect to the Open class, you know… they always lack the condition. It’s really hard to bring 100%.

So, I can match with me bringing a bit more size with the condition of me, but I’m trying to bring the same condition but even a little bit less so I’ll match with them. So, they won’t look at me and be like, ‘oh Kamal is still small,'” says Kamal Elgargni.

Considering Lunsford and Choopan’s success, Elgargni believes Open bodybuilding is changing back to favor lines, physiques, and condition instead of muscle mass.

They say Derek Lunsford and Hadi Choopan, these two, they are ex-212, first and second in the Open class, that shows you that I’m disrespected against the big guys, but they are missing something every year. A lot of them was off, a lot of them.”

Elgargni would like to see IFBB Open judging criteria continue to move toward quality instead of size.

“We are bringing the old days [back], like the 80s. Like Lee Labrada, Mohamed Makkawy, Mohammed Benaziza, all these smaller guys against the big guys. So, this is maybe now, what’s going to happen. Okay, with a little bit bigger frames or whatever, but this is what they’re looking at. Would it be good if they [started] judging it that way? Yes, I think that’s good bodybuilding.”

According to Elgargni, the two craziest physiques he’s ever seen belong to Flex Wheeler and Derek Lunsford, who recently secured runner-up at 2022 Olympia.

“To be honest, for me, what’s encouraged me in bodybuilding — Flex Wheeler. I love bodybuilding because of him. When I saw him, I said, I would love to be like him. That was when he just started. Then, I was looking, and looking, the most [impressive] that made me really wow, Derek Lunsford. The transformation, because I see him at the gym every day.”

“When I saw that transformation that he did… I said, ‘wow, you’ve very very impressive’ it’s like unbelievable, when he trains, he gets pumped and a little bit veiny, it’s round, clean, I mean he’s really good. From 212 he has to compete with, he was always soft from the top, he never nailed it,” Elgargni shared.

With six weeks until the upcoming Arnold Classic, Elgargni will have the chance to represent the 212 division while competing as an Open pro. Nick Walker is considered a massive favorite heading into the show, with many fans expecting strong performances from Shaun Clarida, William Bonac, Andrew Jacked, and Patrick Moore. Kamal will also get a shot at revenge when he faces 2022 Tampa Pro winner Akim Williams.

RELATED: Bodybuilder Kamal Elgargni Opens Up On Gear Use, Staying Healthy At 50

It remains to be seen if Derek Lunsford will make a surprise entry into the Arnold Classic. Regardless, Elgargni looks forward to enjoying the rest of his career in the Men’s Open division.