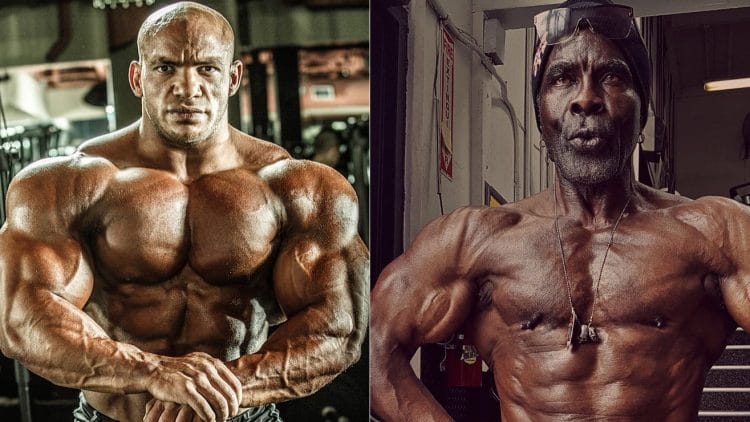 Robby Robinson is a legend in the sport of bodybuilding and he’s also known for not holding back when it comes to speaking his mind. He was recently accused of lying to his fans when a GoFundMe was set up for his Sickle Cell Anemia treatments, with the accusation that he was asking for a lot more than what was needed.

He then blasted every one of his Instagram fans who did not donate, which left a sour taste in the mouth of many.

But his vocality has continued after responding to an RXMuscle post explaining that Big Ramy would not be competing in 2019, of which Ramy shortly thereafter denied…

“Ramy should quit be he kills himself for something that really has no meaning mr Olympia . Why you guys are cheer on death wish…..CRAZY”

Now, one thing most people agree on is that Big Ramy should downsize slightly and just focus on being the best-conditioned guy on stage. He’s already the biggest bodybuilder right now but since he can hold a lot of muscle, focusing on getting more ripped and striated shouldn’t be too difficult and it would definitely be a lot better for his short and long term health.

Plus, it would put him in a better position to win the Olympia as we’ve seen Shawn Rhoden’s focus on aesthetics oversize was enough to get the job done last year.

But Robby Robbinson’s comment may seem hypocritical to some people as he competed in the Olympia plenty of times, even winning the Masters Olympia. And to say it has no meaning could be stretching it as it’s the most prestigious fitness competition in the World to many hopeful bodybuilders.

But, no one would argue that it’s a healthy lifestyle and getting over 300 pounds is not ideal or natural for anyone, especially at the height of most bodybuilders being in the average range.

However, there’s not one sport that doesn’t require some sacrifice to make it to the top and bodybuilding is no different. So, should Big Ramy (Or any other bodybuilder) stop competing?

Well, that’s his choice as much as it is anyone else’s to pursue a lifelong dream…