Ahead of the 2021 World's Strongest Man, Robert Oberst breaks down his prep and which events he is looking forward to, and gives his prediction for Hafthor Bjornsson vs Eddie Hall 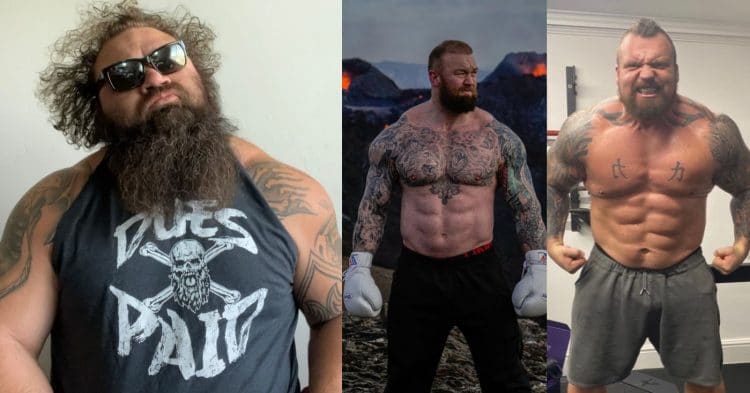 Robert Oberst is quite familiar with both Eddie Hall and Hafthor Bjornsson. He believes that he knows exactly how the fight between these two will go down, this September.

Oberst is competing at the 2021 World’s Strongest Man, ranging from June 15th-20th, in Sacramento, California. Prior to this contest, he sat down with Fitness Volt to discuss his training for the contest, and how he sees things panning out.

Robert also gave his thoughts on the upcoming boxing match between strongman rivals Bjornsson and Hall. Robert explained that he planned on being front row for this fight, but other priorities with competition have left him unable to attend, a fact that makes him rather disappointed.

“(Bjornsson) is looking very good. It seemed like for a while there, he wasn’t taking it so seriously, or maybe it just took him a while to get into the knack of it. But now, you look at his feet, you look at his hands, he’s looking like a boxer,” Oberst said.

Oberst goes on to explain that his biggest fear, along with most people who are looking forward to this fight, is the idea of Hall or Bjornsson gassing out. He says, that as long as neither man has an adrenaline dump and gets exhausted, someone should end up getting knocked out.

As for his prediction for the fight, Robert initially joked that both men were going to get beat up by someone else fighting on the card. Then he gave a serious prediction, which has him leaning towards a KO win for Hall.

“My prediction is Stefi Cohen jumps in and knocks them both out,” Oberst said with a chuckle. “I think Eddie’s going to knock him out, I really do. I just feel like, after being around the guys a lot and knowing them, Eddie’s a much more violent character.

“Thor is softer on the inside, in a good way… I think Ed will be able to take a punch better than Thor. But then again, I’m not super confident, I wouldn’t bet the house… I think second round.”

Robert Oberst Is Going For Records

Boxing matches between strongmen aside, the real meat of the discussion came when Robert Oberst began to describe his excitement for this year’s World’s Strongest Man. There are a lot of exciting events to look forward to, as he competes in Group Three, alongside some pretty stiff competition in the Qualifying rounds.

One of this year’s biggest attractions is the first ever Titan’s Turntable event, where athlete will have to rotate an antique train engine on a platform. Despite never having experience with this particular event, Robert thinks that his experience on the football field will make him a heavy favorite to win this event.

“The Titan’s Turntable specifically, I am so confident in that. Like, I’ve spent more time in my life pushing football sleds, than anything else,” Oberst said.

Speaking of the Keg Toss, Oberst knows that Brian Shaw has the best chance of performing well in that event, and likely setting a new world record. However he is also confident in his own ability.

While he thinks Brian will surpass it shortly after, Robert explained that he has what it takes to break the current Keg Toss record. In fact, he was hitting some numbers in training that back that up.

“I think 23.9 is the world record… I’d say, me specifically, I’m probably good for 26 feet-ish, 27-feet. But my best was still beaten by a couple of feet, by Brian… I’ll probably have the Keg Toss world record for a matter of minutes. But in those few minutes, I’m going to talk a lot of trash.”

Another part of the contest that Robert Oberst has his eyes on, is the Log Lift event. He previously held the American Record for this, but it was taken from him when Bobby Thompson hoisted 478.5lb.

At the 2021 World’s Strongest Man, Robert plans on getting that record back. While he will still have to face off against Thompson, he thinks that he will be able to extend that record by a reasonable amount.

With him having so many appearances at the WSM, fans want to know what will be different with Robert Oberst this year. To him, it is all about the proper mindset.

Heading into this contest, he says that his confidence is at an all-time high. He hopes to use this to make it on the podium, no matter what placing he winds up in.

“This year I feel as confident as I think I’ve ever been. I feel really good. Fight through this group, get through this into the Finals. Then in the Finals, I think this is the first year where I’ve really felt that I have a chance to be on the podium,” Oberst said.

You can catch Robert Oberst and the rest of the athletes competing at the 2021 World’s Strongest Man, this week, in Sacramento. Be sure to stay tuned to Fitness Volt for updates and coverage of the contest, as the results unfold.

How Long Does Pre-Workout Last?