The grueling online 2021 Brazil CrossFit Championship resulted in the top 2 in every division qualifying for the 2021 CrossFit Games. 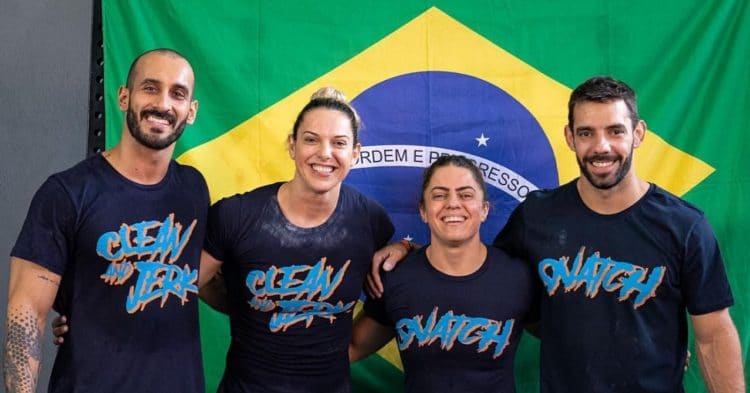 2021 CrossFit Games Semifinals are in full swing. The Brazil CrossFit Championship occurred over weekend, in an online event over three days from June 11th-13th. These were the Semifinals for Brazil, and included the same events as the other three Semifinals this weekend, alongside the CrossFit Lowlands Challenge and the CrossFit German Throwdown. The Brazil event was tight for competition, with only two spots available in each division.

For the women, Larissa Cunha took home the first-place spot with 560 points to her name. Second place winner Sasha Nievas with 528 points will be heading to the Games with Cunha.

For the men, Agustin Richelme was at the top of the leaderboard, also with 560 points. Guilherme Malheiros with 548 points is the second-place winner that has secured a position at the 2021 CrossFit Games.

The two teams that qualified for the 2021 CrossFit Games are Fourmixx Brazil with 590 points and Q21 with 555 points.

Here are the results of the top 10 athletes in each division and their events.

The events for the three-day run of Brazil Semifinals included the Friendly Fran, Girl WOD, and barbell thrusters with 21 reps required for all three rounds. For this, there was no time cap, and women used 85lb weights while the men used 115-pound weights. For the men, Guilherme Malheiros took home first place with a time of 3:40. Agustin Richelme took second place in this event, lagging by only two seconds.

Nicolas Bidarte, the second fittest man in Argentina for 2020 won that event, and Agustin Richelme continued in a second-place win. For the women, Larissa Cunha came in the first place, followed by Valentina Rangel.

Dominant Fourmixx Brazil for the teams division won the Friendly Fran with a time of 7:28. Q21 for Argentina took second at 7:31. For the GHD sit-ups event, CrossFit Villa Luro won first, with Fourmixx in second place at just a 10-point spread.

For the third event of the weekend, muscle-ups and double-unders were in order. Richelme owned this one and was followed by Gustavo Errico from Venezuela.

Event four of the weekend and event 2 of day 2 included a snatch ladder. Guilherme Malheiros won the snatch ladder with a total of 18 snatches and 245 pounds. Second place for this event was Anderon Primo with 17 snatches.

By the end of the second day, Larissa Cunha and Sasha Nievas were tied for first place, and the Games qualifier now out of reach for Victoria Campos who sat at third place overall by the end of day two.

Events for day three began with handstand walks and legless rope climbs. For the men, Kaique Cerveny who was in third place prior to this event took the first place win. He was followed by Guilherme Malheiros.

The last event for the weekend was the new Girl WOD. Omar Martinez slammed this event of 10 rounds of 3 clean and jerks and 3 burpees with a time of 2:18. Unfortunately for him, it was not enough to make it to the Games, and his weekend finish was the third-place spot. Second, in this event was taken by Guilherme Malheiros.

With the women, Victoria Campos showcased some gymnastic skills and owned the first-place spot with a five-and-a-half-minute lead over Larissa Cunha. By the Grettel event, Larissa’s time of 2:41 kept her place at the top of the board secure. Julia Kato from Brazil won the second place event.

In the teams events, the handstand walks and rope climbs were won by Fourmixx, with a second from CFP9. In the final event, Q21 landed their first win of the weekend, with a second-place by Fourmixx Brazil. It would be enough for both of those teams to land the ticket to the Games next month.

Many Semifinals events have completed, but there are still miles to go before the athletes sleep. There are two weeks left of the Semifinals, in addition to the last-chance qualifier which will be held the first weekend in July. Then, from July 27 to August 1, the 2021 NOBULL CrossFit Games will be held in Madison, WI.