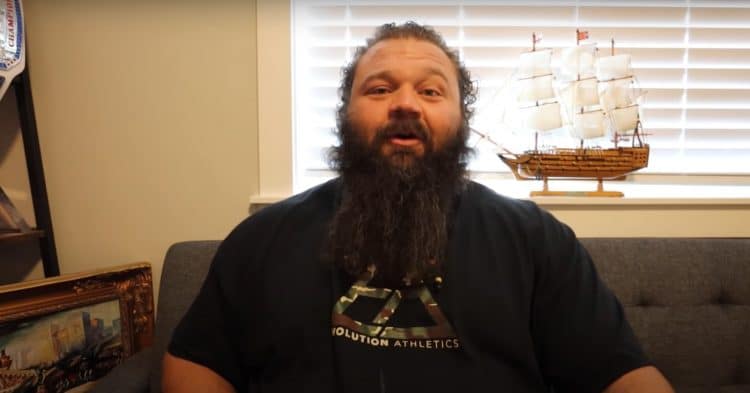 When bodybuilding icon and former California Governor Arnold Schwarzenegger said the words “screw your freedom” recently during a discussion regarding the Covid situation, it set off an explosion of backlash to say the least. Strongman competitor Robert Oberst is one of many to have weighed in recently, of which he shared a video response on his YouTube channel titled “Brian Shaw Stands Up To Arnold?!”.

Regarding the interview Arnold had with CNN, Oberst admitted that he felt Arnold’s rant “seemed very for the cameras.”

He then went on to praise Arnold, saying that the bodybuilding icon and action movie star was a childhood idol and is still one of his heroes.

“I looked up to Arnold as a kid, grew up loving him, watching him. I met him a bunch of times he’s a very nice guy. He’s just one of my heroes. So I had no malice or anything towards him before any of this stuff or even now.”

The two-time World’s Strongest Man event finalist explained that he felt as if he was walking on eggshells as the topic is a sensitive one. However, it was evident he could only hold back so much from speaking how he truly felt regarding the situation.

“Arnold spoke out about how he felt with certain regulations and how he doesn’t like that some people don’t like being regulated so much. And that some people don’t like millionaires and billionaires telling them what to do right before they do the opposite and have private parties with hundreds of thousands of people and travel overseas to do huge engagements as Arnold is doing these next couple of weeks“.

“Those type of people telling people lower on the social economic grade if you will, telling you those people to behave in a way that you’re not even behaving.”

“Then also going further than that and specifically speaking to those people and saying “screw your freedom” doesn’t sit well with a lot of people.”

Oberst admitted that Arnold’s comment doesn’t sit well with him either.

He then went on to talk about Arnold’s involvement with politics.

Many have said Arnold’s comment was taken out of context but Oberst made it very clear that he watched the video and fully understands the context of what was said and doesn’t see where there could have been a misunderstanding.

“There’s no context in saying that to somebody like me or to a lot of people in this country, no matter what the context is, saying screw your freedom, it’s just not going to fly“.

Four-time World’s Strongest Man was the subject of backlash after removing a poster of the 7x Mr. Olympia champion from his gym following the comment. Many were saying he too took what was said out of context.

“I’m fully 100 million percent behind Brian Shaw. I don’t think there’s any room for people that don’t respect other people’s beliefs and other people’s values.”

“You got to have respect for the way other people live and feel and that’s what this country is all about. That’s what Arnold came here for.”

Oberst said he’s proud of Brian Shaw and REDCON1 CEO Aaron Singerman, who recently decided to not sponsor the upcoming Arnold Classic or other Arnold events.

Fitness celebrity and Classic Physique competitor Calum Von Moger, who played Arnold in the film Bigger, decided to tear down the posters of Arnold hanging from him gym walls.

There’ve been many reactions to this whole situation and it doesn’t seem to be dying down any, likely because of the current political circumstances like none other we’ve faced.

But despite the comment made by Arnold Schwarzenegger, Robert Oberst still respects him but will not participate in anything he’s involved with unless there’s an apology of some sort.

“I love our freedoms”. Thank you to the people who have fought and died. To the many friends and family members I have, thank you guys.”