After recovering from injuries, Robert Oberst is regaining his deadlift strength. 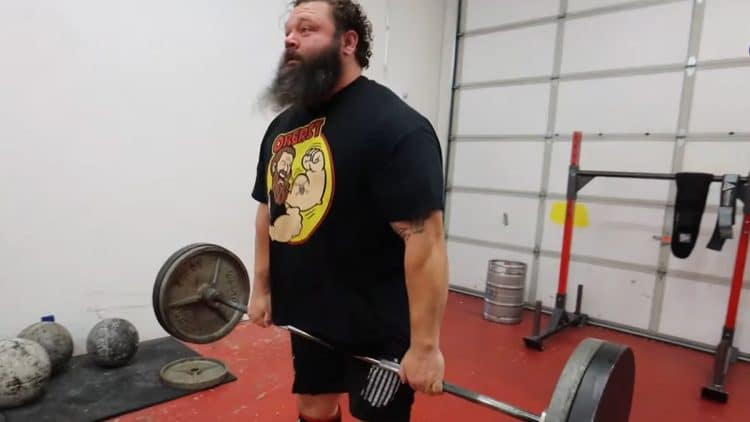 The deadlift is one of the most common exercises in the gym repertoire. The majority of gym-goers strive to raise as much weight as possible during this exercise. Well, luckily for those who seek improvement, one of the greatest Strongman athletes, Robert Oberst, has posted a video with the aim of helping everyone. In the video, Robert shared and demonstrated three tips which have the potential of upgrading the deadlift abilities to a whole new level.

Robert Oberst is coming off an injury which prevented him from competing as usual in the 2022 season. So, he is taking things slow and has to build his deadlift from the ground up. Robert is currently preparing for the 2022 World’s Strongest Nation, which is set to take place on November 26, at the M&S Bank Arena, in Liverpool, England. He will be the captain for team USA with eight teammates following his lead. As he will be presented with a demanding task, Robert is already looking to make improvements in training, so he will be utilizing these deadlift tips as well.

Robert Oberst lists the lower back arch as his first tip of the video. This arch is usually a natural position in the squat, but is often overlooked while performing the deadlifts.

“At the bottom of a squat… you get a little bit of arch. Your but starts to flex out, nice and tight, and that actually ends up stabilizing you much more. It is the same with the bottom of a deadlift, you want to have that slight arch.”

Robert Oberst calls his second tip of the day ‘Strong and Long”, which is pretty self explanatory. He was talking about the arms being as long as possible, which ultimately shortens the deadlift motion and makes it easier to lockout the weight. The starting position is better as well if you can make your arms longer at the beginning of the pull.

“You want to make sure that your arms are strong and long… As tight to your body as you can… The closer to your body, the straighter they are going to be.”

The final tip of Robert Oberst’s video is putting the knees past the arms. Robert explained the significance of this movement and even stated that his trainer insists on focusing on this motion. So Robert is paying more attention to his knees currently than even his hip position.

Robert Oberst is hoping to qualify for the 2023 World’s Strongest Man contest, and retire after performing at the highest stage once more. So, it is clear that his strongman career is nearing an end. Reflecting back on all of his performances, he has had some great moments. Robert took part in 15 international competitions, and despite failing to win all of those, he has accumulated some valuable experience.

Robert Oberst is not just looking to improve his deadlifts by plowing through his preparation. Instead, he wants to remain healthy and injury-free. This is the goal for many, so his advice is definitely worth considering.