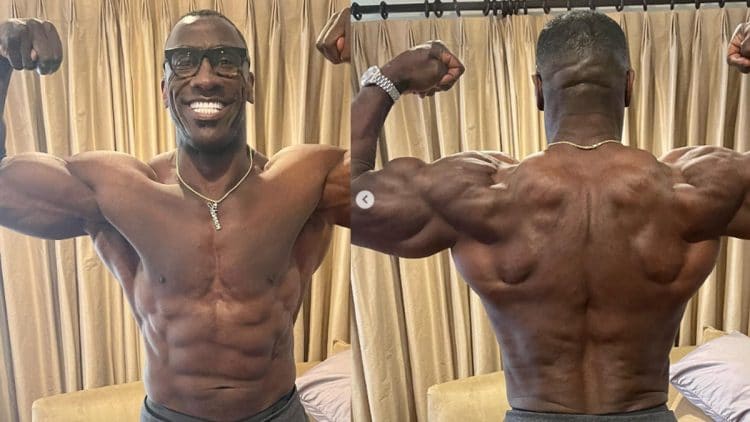 It is clear that NFL players are some of the greatest overall athletes in the world. So it would be logical to think that years of physical contact and draining workouts would get too much for anyone. However, Shannon Sharpe has managed to continue training like a world-class athlete, despite retiring from the NFL more than twenty years ago. That has resulted in an incredible physique, which would be fitting for a bodybuilder.

During his 54th birthday celebration on June 26, 2022, Shannon Sharpe shared photos of his physique. His Instagram post featured a front-to-back photo of his entire upper body. So, his most eye-catching details were the all-around shredder back, huge arms, and prominent abs. Sharpe also shared a few videos in the same post, some of which were of motivational character.

“The front and back of your favorite Unc celebrating his 54th bday. Yes, unc turned 54 today. Had I not told you my age. You prob wouldn’t have guessed it. Now that I’m telling you, you prob don’t believe it. Happy birthday to everyone celebrating a bday today and Cancer’s rule the world.”

Shannon Sharpe stopped competing professionally in 2001, but his love for sports has never died down. That is why he also became a sports commentator after retiring. Sharpe also shares some of his workouts on multiple social media platforms.

Shannon Sharpe’s American Football career was one for the history books. He was a Broncos player for 12 seasons, while he also played two seasons in the Ravens shirt. Sharpe won three Super Bowl’s, and ended his career as the tight end with the most receiving touchdowns (62), receptions (815), and receiving yards (10,060). These three records were ultimately broken, so he’s no longer in possession of either of them.

Shannon Sharpe was inducted into the Pro Football Hall of Fame on August 6, 2011. He was also a part of the NFL 1990s All-Decade Team.

Even while he was an American Football player, Shannon Sharpe had a phenomenal physique and was very athletic. This led to him being tested for the use of PEDs quite often, but the result always showed that he was clean. One of the videos in his birthday post addressed this topic.

“I was always a guy that looked a certain way, so people automatically thought that I was on something… I said I thought it was random. So, how am I randomly in 16 weeks getting tested seven times… I’m cool with it, because I know I ain’t on nothing, I ain’t taking nothing.”

Shannon Sharpe always carried the reputation of being one of the most disciplined athletes, which he obviously still is. In addition to being active and maintaining a healthy lifestyle, all of this resulted in him looking much younger than 54 years old. Sharpe will most definitely work hard and continue to improve his physique.

Despite his enthusiasm for the gym sessions, Shannon Sharpe continues to approach them as if he is chasing another Super...

Footballer Tyler Parker, a Santa Margarita High School student, is generating a lot of excitement after going viral on social...

Ronnie Coleman Makes ‘No Excuses’ with Latest Workout: ‘When Your Legs Get Numb Riding Incumbent Bike, Use Your Arms’

Having led one of the most successful careers in bodybuilding, Ronnie Coleman is a living legend. Despite his feet being...