Roelly Winklaar is looking incredible as we inch closer to the biggest competition of the year! 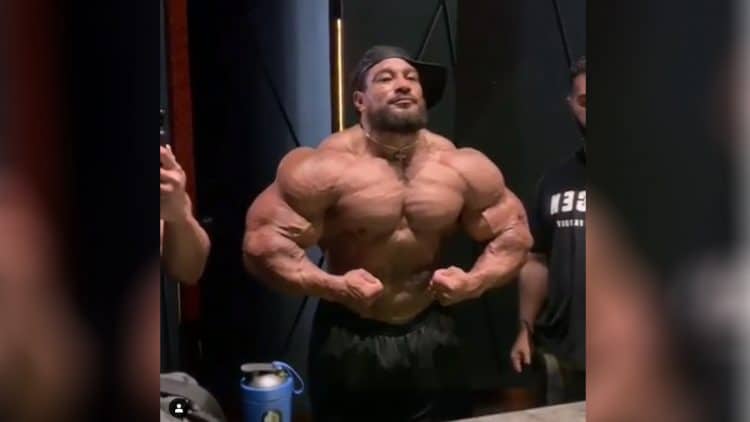 Roelly Winklaar is an Open class bodybuilder to watch at this year’s 2019 Mr. Olympia competition. He’s got top-tier genetics with full muscle bellies and is definitely a contender to take the title from Shawn Rhoden.

Now, last year he placed third which shocked a lot of people. We knew Winklaar looked amazing but to place right behind 7x Mr. Olympia Phil Heath… well, that speaks for itself. But, at this year’s Arnold Classic, Winklaar placed 5th although he was hyped to win that show.

Well, Brandon Curry was the best on stage that day and he’s also another favorite this year. But… there was a lot of time between then and the upcoming Mr. Olympia competition for Roelly Winklaar to get it together.

And we’d say it’s going pretty well for him.

Since there are still 10 weeks left until the show, we will expect to see a more conditioned version of Roelly Winklaar. And Olympia weekend will be the true test for Winklaar and all of the other elite bodybuilders standing on stage.