Roelly Winklaar appears to be putting his focus into competing at the Olympia, skipping the Arnold Classic 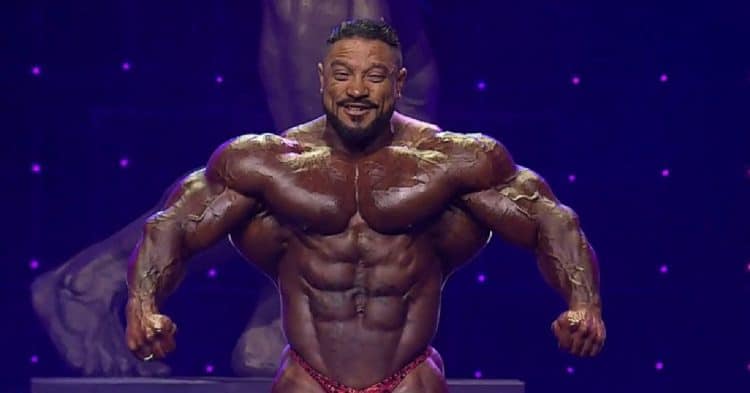 The 2021 Arnold Classic is set to take place on September 25th, in Columbus, Ohio. However it appears that the contest will be going down without the presence of Roelly Winklaar.

Winklaar was a favorite to score really well the Arnold Classic, which is impressive considering how stacked the lineup is for this year’s edition of the contest. He was coming into this contest on the back of a pair of contests, including a second place score at the Europa Pro Spain show, which earned him an invitation to the 2021 Mr. Olympia.

With the Arnold Classic and Olympia taking place just one week apart this year, it seems that Roelly has decided to put all of his focus into training for the latter of the two shows. While his name was originally on the official competitor list, the Arnold Sports Festival website no longer has him listed as a competitor, with multiple sources confirming that this means he is out of the competition.

At the time of writing, Roelly Winklaar has not spoken up about what exactly caused his withdrawal from the Arnold Classic, but hopefully it is just a matter of him wanting to put his focus into the bigger contest taking place a few days later. That being said, it is worth noting that there are unconfirmed reports that he suffered some sort of injury, so if that is the case, hopefully it will not stop him from being able to compete at the Olympia, in October.

With the absence of Roelly Winklaar, here is the updated competitor list for the 2021 Arnold Classic:

Hopefully whatever caused Roelly Winklaar to withdrawal from the 2021 Arnold Classic is nothing serious, and will not hinder his ability to compete at the Mr. Olympia. Every bodybuilding contest is made a little bit better with his addition to the roster.

The 10 Most Awesome Upper Abs Exercises