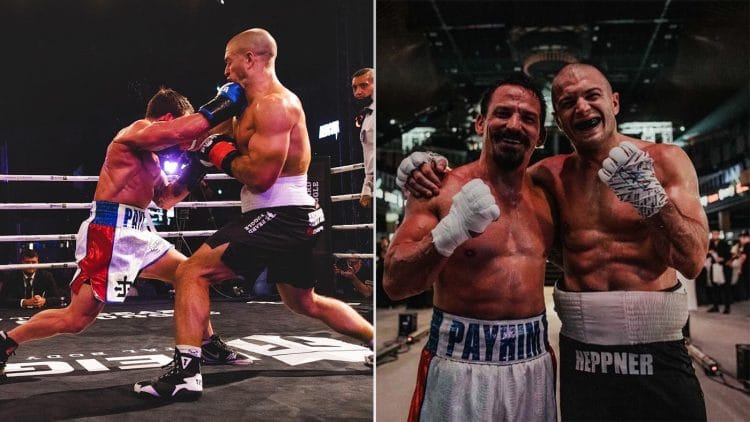 The fight took place on the undercard of CoreSports: Fight Night 3 with 2018 WSM Hafthor Bjornsson taking on arm-wrestling ace Devon Larratt in the main event. The eight-fight undercard also featured the featherweight fight between powerlifter Stefi Cohen and boxer Marcela Nieto. However, Jacob Heppner and Josh Bridges arguably fought the most exciting fight of the night and after six hard-fought 3-minute rounds, the judges awarded a unanimous decision win to Jacob Heppner.

Jacob Heppner entered the ring as the much younger fighter with significant size and reach advantage over Josh Bridges. However, making their debut, both were evenly matched in terms of boxing experience.

The fight started at a high pace without much feeling-out process. Throughout six rounds, Heppner and Bridges pushed each other to the absolute limits and took some heavy blows in the process. The CrossFit giants were visibly fatigued mid-way through round 6 but chose to press the action. Bridges and Heppner unleashed everything in their arsenal with 30 seconds left in the round. However, neither could find the kill shot and the outcome was decided by the judges.

Jacob Heppner stated that overtraining might have contributed to both him and Bridges slowing down later in the fight. Josh Bridges, who was satisfied with his performance and exploring the new sport, was visibly disappointed with the result.

Josh Bridges later posted a photo of him and Jacob Heppner on his personal Instagram account and hinted at his interest in the rematch.

“Damn what a ride! Maybe we run it back?” Josh Bridges wrote.

Given the entertaining contest that Bridges and Heppner treated boxing fans with, the second chapter will undeniably be an interesting affair, at least on paper.

CoreSports: Fight Night 3 card took place at the Sports City Arena in Dubai, UAE. In the main event, Hafthor Bjornsson knocked out Devon Larratt in the first round to improve his boxing record to a perfect 1-0. The Featherweight contest between Stefi Cohen and Marcela Nieto resulted in a majority draw after four 2-minute rounds.