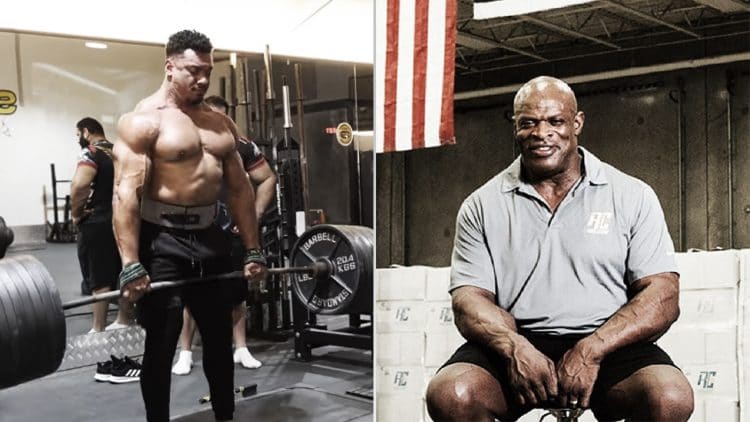 Eight-time Mr. Olympia winner Ronnie Coleman reacted to some of Larry Wheels’ heaviest lifts. Ronnie has become one of the notable content creators in bodybuilding and routinely uploads entertaining content on his YouTube channel. Reaction videos are a part of it and recently, Ronnie Coleman posted a reaction video on some of Larry Wheels’ heaviest lifts.

Larry Wheels is a powerlifter, bodybuilder and arm wrestler who is known for smashing his own personal bests with incredibly heavy lifts. Over the course of the video, Ronnie Coleman went through some of Larry Wheels’ lifts and compared them to a few that Ronnie pulled off himself during his bodybuilding days.

While reacting to Larry Wheels’ 396lbs bench press for 17 reps, Ronnie Coleman stated that he did the exercise quite often during his bodybuilding days. However, he admitted to pretty much never coming close to so many reps.

“Most I ever did was 12 reps. So he’s kind of got me beat on that one,” Ronnie Coleman said. 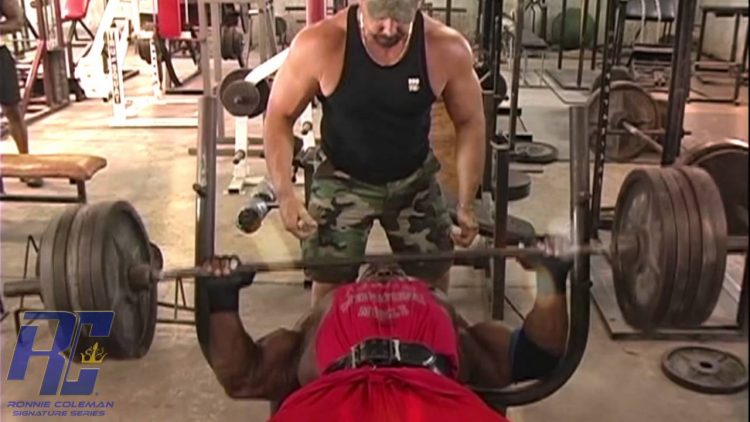 Reacting to Larry Wheels’ 150kg (330lbs) and 142kg (313lbs) log lift for 10 reps, Ronnie Coleman stated that he never even attempted the feat of strength in his life. But it was obvious that the lift was incredibly heavy and Ronnie could not help but chuckle with amazement looking at it.

“This is 313 for 10. I’ve never ever done, anything even remotely close to that. I have never even attempted to do this exercise before. I did seated presses and I did like 12 reps with 315lbs. So that’s the only thing I can compare that to,” Ronnie Coleman said.

A bodybuilding staple like bent-over rows is something that the 8-time Mr. Olympia winner is familiar with. Ronnie added that it was one of his favorite exercises to do. Nevertheless, looking at Larry Wheels pulling off 11 reps of 220kg, Ronnie Coleman said:

“This was always one of my favorite things to do. I think I did 8 reps with that. I remember how heavy it was. It was extremely heavy,” 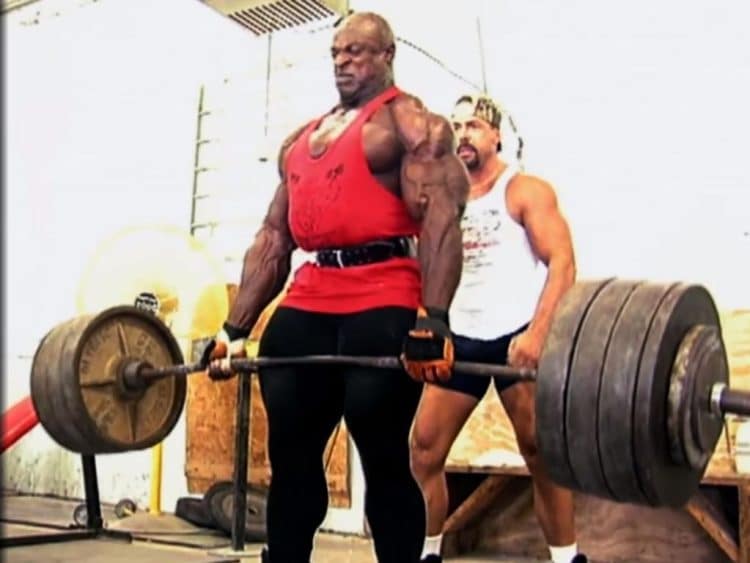 Back in January 2021, Larry Wheels deadlifted 855lbs for a triple. The set was Wheels’ all-time best and he wore a deadlift suit and lifting straps to pull it off. Unfortunately, Larry Wheels suffered a lat injury during a back down set of 310kg (685lbs). While commenting on the video, Ronnie Coleman acknowledged the difficulty Wheels must have faced and compared it to his own 363kg (800lbs) deadlift double.

While reacting to Larry Wheels’ 187lbs incline dumbbell bench press for 4 reps, Ronnie Coleman stated that the most he ever did was with 170lbs and also acknowledged that the set must have been extremely heavy for Larry Wheels considering the way it was set up. 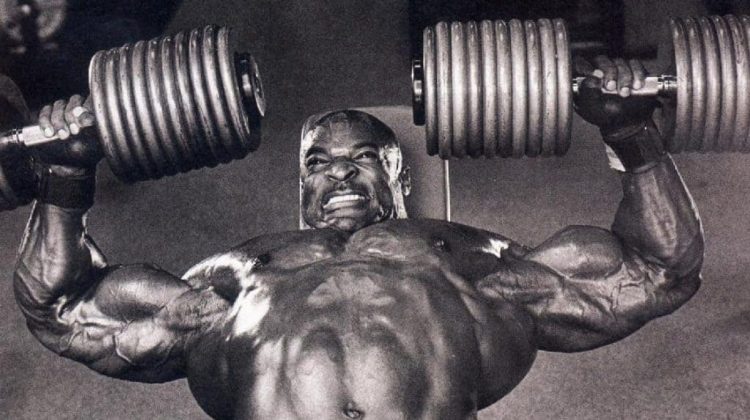 “This is… I did 170 here for 4 reps. He’s doing 187. So, this is extremely heavy and extremely difficult because of the way it was set up,” Ronnie Coleman said.

Next up was the workout where Ronnie Coleman remembered doing more reps with heavier weights than Larry Wheels. While Larry Wheels pulled off an incline bench press set of 50 reps with 100kg (220lbs) in January 2021, Ronnie recalled doing an impressive 73 reps with 225lbs at a contest at the Arnold Classic.

“I probably could have done maybe a little bit more than 50 out here. But, you know, he’s doing it. He’s making it look real light. I was always good on the bench but that’s still a lot of reps,” Ronnie Coleman said.

On the same day, Larry Wheels cranked out a massive 220kg (485lbs) for 7 reps. Ronnie Coleman stated that although he has hit heavier weights, testing the number of reps was never his priority as the sole focus was bodybuilding. However, Ronnie commended Wheels for the feat of strength and said that he personally never attempted to go beyond 4 or 5 reps.

“I never just tried to see how many I could do past four or five. Because I was always thinking bodybuilding,” Ronnie Coleman said.

Ronnie Coleman compared Larry Wheels’ 10 reps of 220kg (485lbs) Front Squats with his own 265kg (585lbs) front squats for 10 reps. Ronnie added that he could probably get 15 to 20 reps in with 485lbs but acknowledged that the hardest thing about the workout is to hold the bar in place for longer durations.

What he hailed as the most impressive deadlift ever seen, Ronnie Coleman seemed to be in awe of Larry Wheels deadlifting 317.5kg (700lbs) for 10 reps. Ronnie revealed that he did heavy deadlifts as a part of his warming up routine but admitted to never lifting that kind of weights even at the heyday of his bodybuilding career.

While reacting to 1000lbs carry, Ronnie Coleman highlighted that an exercise like that is not a part of a bodybuilding regimen. However, Ronnie added that if it ever came down to it, he would not mind trying it and would probably succeed.

“If I was to attempt that I think I could probably do a 1000lbs. I don’t know I could do it as easy as he’s doing it. That is extremely heavy. I would never even try that,” Ronnie Coleman said.

Do You Need to Lift Heavy to Build Muscle?