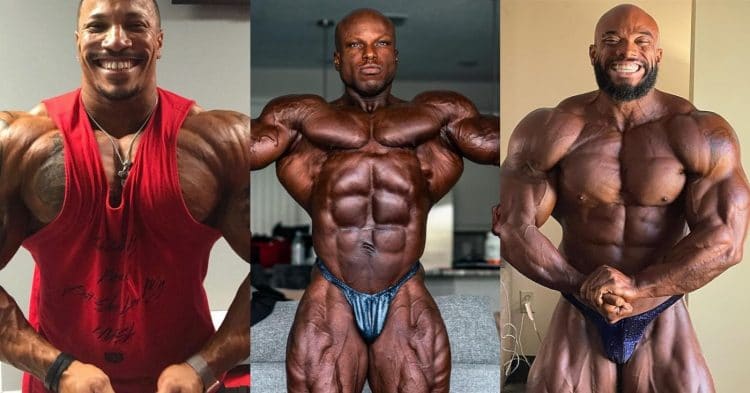 The 2021 Legion Sports Fest Pro is taking place October 22nd-24th, in Reno, Nevada. Here is a breakdown of everything there is to know about this massive bodybuilding contest.

The Legion Sports Fest is typically an exciting bodybuilding contest, which is taking place just a couple of weeks after the 2021 Mr. Olympia. This event will serve as a Tier 3 qualify for the 2022 Olympia season, meaning each division’s winner gets an invite to next year’s Olympia.

Aside from that, there are some other reasons to be interested in this year’s edition of the contest, namely the stacked roster of Men’s Open competitors taking part. Among these was the surprise addition of former 212 Olympia champ Shaun Clarida, who has decided to test the waters of Open Bodybuilding, at least for this one show.

How To Watch The 2021 Legion Sports Fest Pro

With so much to look forward to, it is not surprising that fans would love to watch the 2021 Legion Sports Fest Pro live. Luckily for you, there is a way to do just that, even if you are unable to make it to Nevada to catch the action in person.

There are a few different pay-per-view packages available for this contest, with the entire stream being available for purchase for $44.99. That said, if there is a specific area of interest that you want to watch, individual video packages are available for $29.99 on their website.

With action in the Men’s Open, Classic Physique, Men’s Physique, Fitness, Bikini, and Women’s Physique divisions, there is a lot going down at the 2021 Legion Sports Fest Pro. Considering the fact there is an invitation to the 2022 Olympia on the line, the stakes are high for each of these divisions.

That said, there is a particularly strong interest in the Open Division, especially with the aforementioned inclusion of Shaun Clarida. However he is not the only Men’s Open bodybuilder who is worth checking out this weekend, and we broke the top contenders down for you below.

A multiple-time competitor at the Olympia, Cedric McMillan is finally returning to action at the Legion Sports Fest, after suffering an injury that forced him out of the Arnold Classic. As a US Army Staff Sargent, he does not get to compete nearly as much as his fans would like, but each time he finds himself on stage, he is a force to be reckoned with.

It is tough to tell what kind of condition he will be in, come competition time, but if he is anywhere near his best he will be tough to beat. Either way, it is just exciting to see him back.

Always the active competitor, Sergio Oliva Jr. is looking to rebound from a disappointing outing at the 2021 Arnold Classic, where he had a bit of trouble with his dryness. This time around, he has been hard at work to make sure he does not make the same mistakes at the Legion Sports Fest.

Being the son of bodybuilding royalty means that eyes are always on Sergio, which leaves him with lofty expectations. However he has largely lived up to the hype over the years, and the same can be expected here.

Shaun Clarida comes in to the 2021 Legion Sports Fest Pro on the back of failing to defend his 212 Olympia title against Derek Lunsford. It is also important to note that he has made it clear that he is taking this contest as a fun experience and is not planning on a permanent move to Open.

With comparisons to the likes of Ronnie Coleman, Clarida has been known as the Giant Killer for his ability to beat people who are much bigger than he is. Time will tell how those skills translate in the Open Division, but it is going to be fun to see.

Regan Grimes has had a bit of a hot and cold career, where he sometimes looks like a world beater, and other times does not bring his best package. That said, ahead of the 2021 Legion Sports Fest Pro, he appears to be leaning towards to the world beater side of things.

One of the big complaints about Grimes is the fact that some have said he is too small, which is something that he has worked on. After coming in 15th at the 2021 Olympia, it will be intriguing to see what kind of changes he has made.

Long considered to have one of the most aesthetically pleasing physiques in Open Bodybuilding, Patrick Moore is coming into this contest after coming 14th at the 2021 Mr. Olympia. However he has gone back to the drawing board and made some big changes so that this does not happen again at the Legion Sports Fest.

It is always a good time when Patrick Moore is on the roster, and this contest will be no different. Time will tell if the changes he has worked on will be enough to make the difference this weekend.

Stay tuned to Fitness Volt for updates and coverage of the 2021 Legion Sports Fest Pro.