Sadik Hadzovic is determined to make a splash at the 2022 New York Pro. 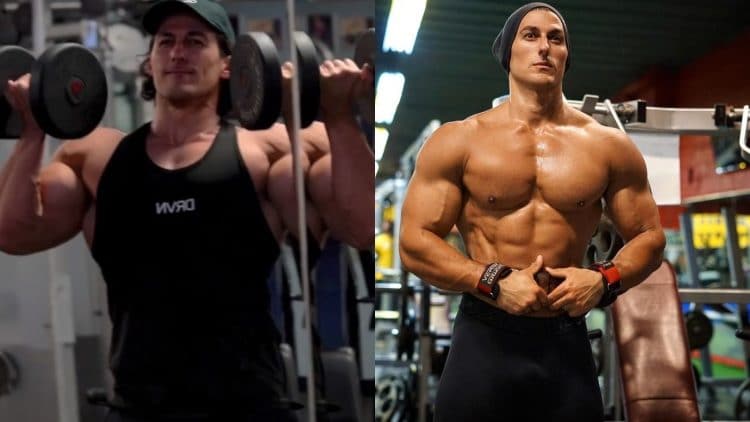 Classic Physique and Men’s Open competitor Sadik Hadzovic is back in action after getting sick and dropping some weight. Hadzovic shared on YouTube his intention to compete at the 2022 New York Pro and shared some gnarly chest and tricep workouts to kick off preparation.

When Sadik Hadzovic is on top of his game, his conditioning and aesthetic physique stand out when he enters any competition. The Classic Physique and Men’s Open bodybuilder has long established himself as a force on stage. In 2019, Hadzovic earned 6th place at the 2019 Arnold Classic Men’s Physique competition.

During his bodybuilding journey, Hadzovic has remained active. Hadzovic’s record of accomplishments illustrates his ability to avoid injuries that can plague careers with long periods of inactivity.

With such a large and muscled physique, many fans are pondering as to when Hadzovic will make his inevitable return to bodybuilding competitions. Hadzovic has hinted at the 2022 New York Pro before. The bodybuilder managed to win the 2013 IFBB New York Pro and understands what is required out of a podium finisher.

With a firm date in mind for the 2022 New York Pro, the two-time Men’s Physique Olympia runner-up spoke about what’s next on his YouTube channel.

“Alright, guys, happy new year. It’s my first week back in the gym, I had to take ten days off. Unfortunately, I was sick. Did the right thing, and stayed at home and I think I lost about 7lbs but then after one week of training and eating again I gained 8lbs. So if you guys ever have to take a long time off from gym, don’t worry muscle memory is real and it’s going to come back.” Sadik Hadzovik said.

“New York Pro May 21st, there’s a date on the calendar now. There wasn’t a date. It was tentatively, May, June, July, but May 21 is five months away and I’m excited to grow into the show. I don’t know if I should grow anymore, I’m kind of big already.”

The 2015 Arnold Classic Men’s Physique champion explained that he was forced to take ten days off from the gym. After getting sick, Sadik Hadzovic admits that he lost around 7lbs. However, the bodybuilding phenom was relieved after a week of proper training and exercise because his weight popped right back up by 8lbs.

Sadik opened up his exercise with an incline dumbbell bench press. With the help of a resistance band, Hadzovic incrementally worked his way to 110lbs in each hand. Next, the bodybuilder began seated chest press for sets that seemingly ranged from weights of 180lbs-240lbs.

Following the aforementioned routines, Hadzovic returned to the dumbbells for additional tricep work. Then, the bodybuilder powered through several sets of tricep extensions while on an upright bench.

Hadzovic followed up his tricep extensions by shifting to the cable machine. After taking a neutral grip, Hadzovic repped out tricep pushdowns. He then switched to the tricep rope for additional tricep pushdowns.

To close out the grueling tricep workout, Hadzovic finished with dips while focusing on the negative to maximize tension around his tricep.

Sadik Hadzovic’s workouts are comprehensive and the bodybuilder emphasizes form as a tenet to his continued success. With the 2022 New York Pro date announced, Hadzovic is excited to see how his build develops as he vies against some of the most prolific bodybuilders in the world on May 21.