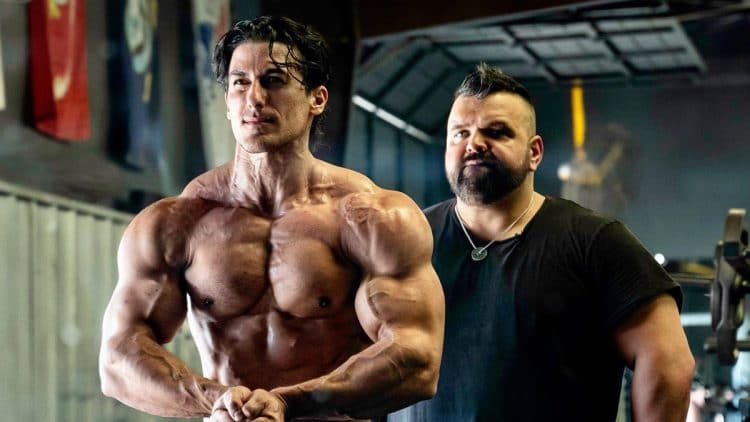 IFBB Pro bodybuilder Sadik Hadzovic recently shared his shoulders workout footage. Hadzovic last competed at the 2019 Arnold Classic and finished sixth in the Men’s Physique division. Competitive bodybuilding puts an immense stress on the athletes’ mind and body. As a result, taking some time away from the sport can be beneficial to rekindle their passion for the sport. Sadik Hadzovic took an extended break from competition after the 2019 Arnold Classic.

Apart from competing against the elite bodybuilders, performing in front of passionate fans after almost three years will be a big challenge for Hadzovic. That being said, Hadzovic is taking the competition prep for New York Pro very seriously and the 35-year-old looks to be in tremendous shape to make a solid comeback. Six weeks out of the competition, Sadik Hadzovic shared footage of a hellacious shoulder workout. The video was shot about three weeks ago and posted on Hadzovic’s YouTube channel on April 26th, 2022.

Correct form and technical perfection is the core of Sadik Hadzovic’s workouts. Pressing movements are the go-to of most individuals when it comes to building shoulder strength and muscles. However, Sadik Hadzovic’s shoulder workout focused extensively on different variations of front and lateral raises. His coach said:

“I want to really isolate like what we talked about earlier… you’re doing laterals and focus on the laterals here. Presses, a few people emphasize.

I find for me, it’s actually safer on the shoulder joint and it really isolates that anterior deltoid. So it’s just your traditional military presses.”