This season will be the last chance for Sam Briggs to add more accomplishments to her already successful career. 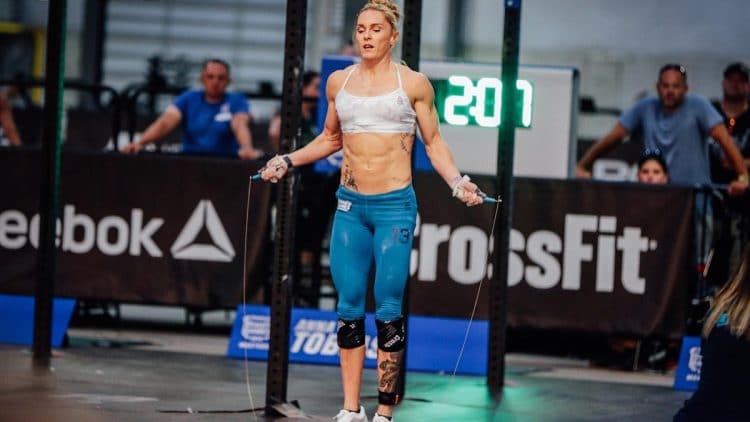 The 2013 Fittest Woman on Earth® Sam Briggs will stop officially competing following the current 2022 CrossFit season. Sam’s withdrawal from the sport comes after a very long and successful career, as she is turning 40-years-old in a few weeks. However, Sam will probably get one last chance to push for a significant result in the
2022 CrossFit Games, and finish her career in style.

The news of Sam Briggs’ retirement came as a post on her official Instagram account. Sam gave only a few thoughtful sentences, but she will definitely give a full farewell speech on her last competition.

“It’s because I have had so much fun [that] it’s hard to finally step away from this sport. I like to think of it as grit and not stubbornness… When I started CrossFit back in 2009, I had no idea what a crazy ride I’d be on.”

Sam Briggs is an athlete from Manchester, England, and is known as one of the greatest CrossFit competitors in history. Sam has qualified for CrossFit Games ten times, and won it in 2013 despite suffering a knee injury the year before. In addition, she has finished top 5 in five of ten competitions.

Samantha also competed in amateur-level duathlons, triathlons, and football in the Northern Premiership League before discovering CrossFit in 2009.

Sam Briggs started CrossFit to help with her fitness for the firefighter job, and multiple sports she was taking part in. It ended up being one of the major priorities in her life and made her one of the fittest individuals alive. The same year as her CrossFit Games triumph, she also took 1st place in the 2013 English Olympic Lifting Championships (58 kg category), which proves how strong she was.

Sam will forever be an icon in the sport of CrossFit, as the legacy behind her is massive. Whatever step she takes next, there is no doubt that she will find success.