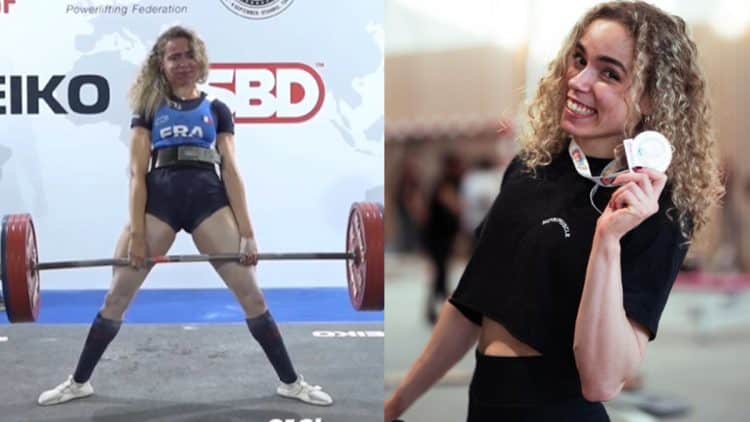 The 2022 IPF World Sub-Junior and Junior Powerlifting Championships are taking place from August 27 to September 04, 2022, in Istanbul, Turkey. Throughout the past few months, there has been a gradual buildup of excitement around this competition, as everybody was eager to see what the future of powerlifting can offer. Samantha Eugenie was one of the few young athletes who didn’t have anything to prove, but she put it on a very promising display. An incredible performance from Samantha was expected, since she’s been on the scene for so long.

Samantha Eugenie did not disappoint, having won the Junior raw division of the 63-kilogram weight class. However, that was not the highlight of her performance, since Samantha also broke the IPF Junior Raw Deadlift World Record. She did so by successfully locking out 216 kilograms (476.2 pounds), which is 6 kilograms (13.2 pounds) heavier than the previous records. Bernardi Chiara held that record, since she deadlifted 210 kilograms (463 pounds) at the 2021 IPF World Classic Powerlifting Championships.

Samantha Eugenie broke this record by deadlifting with a sumo stance and a mixed grip. In regard to equipment, she was only allowed to use a lifting belt.

Check out her record-breaking lift here:

Samantha Eugenie only missed one squat attempt, which got two red lights due to not enough depth.

Samantha Eugenie holds an impressive win percentage, as she has now won eight out of the ten sanctioned powerlifting competitions in which she participated. This was her third major victory, as she was crowned as the IPF Sub-Junior World Champion and the EPF Sub-European Champion in 2019.

If she decides to move up to the open division, Samantha Eugenie’s main rival will be Prescillia Bavoil, who also represents France. Even though Samantha is unlikely to beat her in the near future, with a few more years of experience anything is possible. Now that she is breaking World Records, it is evident that her potential is unlimited.