Lya Bavoil is training extremely hard in the hopes of defending her IPF World Champion title in just 8 weeks. 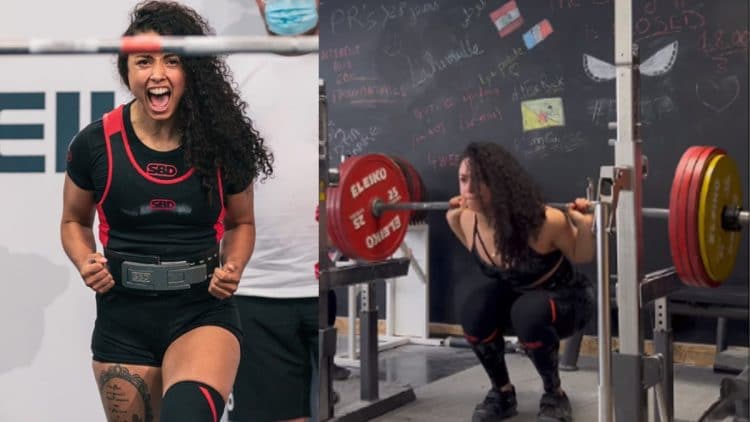 The French powerlifting sensation, Prescillia ‘Lya’ Bavoil, is back in the gym preparing for the 2022 IPF World Classic Powerlifting Championships. The competition is nearing as it will take place on June 6-12, 2022, in Sun City, South Africa. This means that in just 8 weeks, Prescillia will get the chance to win her second consecutive IPF World’s, and her training performances definitely point towards that. On April 9th, Prescillia Bavoil displayed her squatting prowess by lifting 200 kg (440.9 lbs) for an incredible four reps.

Prescillia only used a lifting belt and knee sleeves to aid her in the set, which is considered raw by powerlifting standards. The first three of her reps looked incredible, as she only struggled a bit in the fourth one. The weight loaded on the bar is also just 10.5 kg (23 lbs) lighter than Prescillia Bavoil’s current competition PR. So there is no doubt that she will improve her personal best by a huge margin in the next comp.

Prescillia Bavoil did not specify her bodyweight at the time of the squat set, but she weighed in at 65 kg (143.3 lbs) in the 2022 FFForce French Nationals. Lya won the 69 kg weight class with ease despite being the lightest athlete in that division. However, in the caption of a recent post, Prescillia indirectly stated that she does not know in which weight class she will compete at the IPF Worlds.

The 2022 FFForce French Nationals were the 21st sanctioned competition in which Prescillia Bavoil took part in. Of those 21 outings, she came out victorious 19 times. She is also just 28-years-old but has already claimed the U63 & 69 kg Squat World Records, U63 kg Deadlift World Record, as well as the U63 & 69 kg Total World Records.

It seems like the 2022 IPF World Championships will be like a walk in the park for Prescillia Bavoil, and that everyone else will compete for second place. After seeing her rep out 200 kg (440.9 lbs) on the squats, it would also not be surprising to see a new World Record.