Bodybuilding legend Samir Bannout expresses concerns over coaching methods after the passing of popular George Peterson who competed in the 212 division. 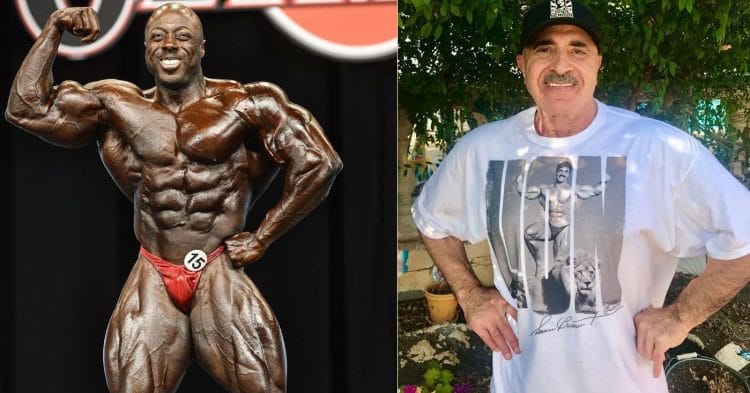 After the shocking death of well-known 212 competitor George Peterson, bodybuilding legend/1983 Mr. Olympia champion Samir Bannout took to Instagram where he shared a very controversial post explaining that the “new coaching system” is to blame for Peterson’s passing.

As you probably know, the many deaths that have happened in the sport especially as of recent has become what many would call “A very serious problem”. Many have spoken out about this unfortunate reality in an effort to change the extreme measures these athletes go through to compete in these elite-level shows.

While there are no details on the cause of his death as of yet, the fact he was just days away from stepping on stage at the 2021 Olympia has raised a lot of questions and maintained these same concerns.

Here’s what Samir Bannout had to say on social media regarding the death of George Peterson.

“Truly sad to see George Peterson leave us so soon… @ only 37 years ..may he R.I.P.
I blame his passing on the new coaching system… we really need to stop those unqualified coaches… that’s completely unacceptable. George was one wonderful human being n losing him just like that, upsets me 100x more!!“

His message caused a lot of backlash with people responding that his comments were “disrespectful” and that he was “jumping to conclusions”. It apparently also lost him some followers.

But Bannout came back to explain what was meant by the initial post, although we could certainly understand why the responses.

“My dear friends. My message here is not to be directed to any one person,” he wrote. “It is not about the coach itself, it is about the level of extreme METHODS being used these days and taken as normal both from the sport, it’s coaches and of course the athletes who after all are the ones taking the decision to execute these methods.”

“Da Bull” was being coached by Justin Miller who found the bodybuilder dead and facedown with a bloodied nose in his hotel room after not having heard from him. They tried CPR but it was too late.

Based on how the first post read, it’s easy to see why many would jump to Justin’s defense. The two had been working together for years and were very close. This was just as much a devastating loss for him.

“We shall see what the detailed cause of death is. But in my 40+ years of experience both in the old and new school, I have seen these horrifying methods with my own eyes. And unfortunately have seen various with the outcome of death.”

“Ladies & gentlemen, the highest % of deaths that I have seen and witnessed in this sport is due to excessive dehydration. It’s HOW these dehydration methods are being done guys. It is not necessary. There are other ways, SAFE methods that can deliver the same results without hurting vital organs and much much more.”

A common method to expel water from the body so that the muscles will really pop on stage is the use of diuretics or water pills.

Eight-time Mr. Olympia Ronnie Coleman recently admitted that dehydration almost killed him when he was competing. He thinks diuretics should be banned from the sport.

There’s no doubt using these substances can have more immediate negative consequences.

Bannout apologized for the manner in which he responded.

“I truly care about all of you who are involved in this beautiful game of bodybuilding. & I sincerely believe that we can having amazing results without harming ourselves and enjoying the victory living happily ever after. I apologize to you all and Justin if I have reacted & spoken too early.”

“I am passionate & simply care so much after being around so long. My message was not to be taken derogatory to towards anyone in particular, but rather the state of the system itself today. George was and is a wonderful person. It breaks my heart. So I have to speak from my ♥️ and with decades of experience. God bless all.”

While Samir Bannout no doubt means well, his comments may not have been the most ideal in this type of situation.

George Peterson was just 37 years old when he passed away and arguably hadn’t even reached his full potential in the sport.

He was a Classic Physique competitor for a few years, having won the prestigious Arnold Men’s Classic Physique in 2019. The popular and well-liked Peterson would finish in third place at the Olympia in the Classic division three years straight (2017, 2018, and 2019).

After the 2019 Olympia, Da Bull made the switch over to 212 where he’d win the 2020 Tampa Pro and go on to place third once again at the Olympia but this time in a different division.

George had so much potential as a competitor and there’s no doubt he would have continued to excel and improve had he not gone much too soon.

Aside from his incredibly impressive physique, it’s not hard to find someone who’d vouch for him as being a humble, kind-hearted person who’d take the time to appreciate his fans.

Again, we’d like to offer our deepest and sincerest condolences to the family and friends of George Peterson.