Seth Feroce reacts to the recent influx of death in the sport of bodybuilding, and how steroids play a factor in it 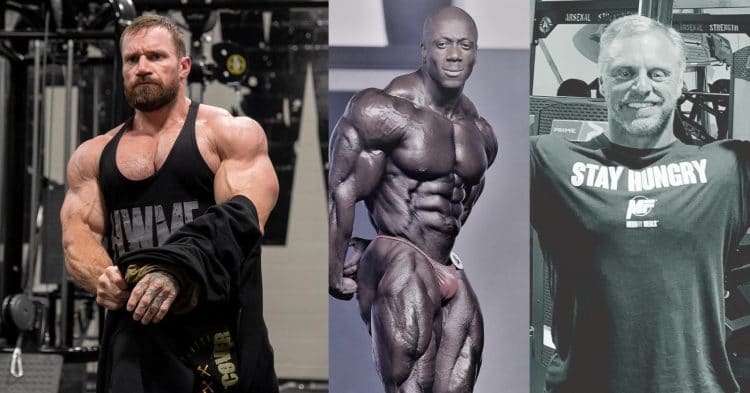 There have been a lot of unexpected and untimely deaths in the sport of bodybuilding, over the last several months. Seth Feroce seems to believe that a big part of what has led to this comes from the lifestyle of the sport.

Feroce likes to joke that he is part bodybuilder, part CrossFitter, and part vegan, but this is basically true. He has largely spent his time in the world of bodybuilding, but has routinely used things like a mostly meat-free diet, as well as the high intensity workouts of CrossFit to balance out his physical health.

That said, Seth has also been open about his use of steroids and their place in bodybuilding. This is something he did recently, in the wake of the recent deaths of John Meadows, George Peterson, Shawn Rhoden, and countless others, saying in a video on his YouTube channel that it is the lifestyle of bodybuilding that is leading to so many deaths within the sport.

“This is a personal decision that we all make. Nobody made me do the s—t that I did, except me. So it’s no one’s responsibility and no one else is accountable except me, for the things that I’ve chosen to do. Death don’t f—king care. I recently quit taking high amounts of steroids. I’m on TRT. I go to the doctors, I’ve had really good doctors in my life… tell me to cut the s—t.”

Of course, the elephant in the room when it comes to any discussions about death in bodybuilding, is the use of steroids. Seth Feroce seems to absolutely believe that this is the biggest risk factor in the sport, at least in terms of untimely deaths.

That said, he is not saying that you should never do steroids, after all he has done and continues to do them himself, at least in limited doses. However he wanted to warn the up and coming athletes looking to get in the sport, that this is something that will hurt you if you are not careful.

“Young men out there, this is all a personal decision for you. I’m going to tell you, steroids will f—k you up, just like any drug. Any drug out there is designed for you to like it. It’s going to meet with your personality, cup your balls, and hold onto you,” Feroce said.

“Steroids are not a joke. This is a personal life decision that everybody has to make… I’m not your dad, I’m not your best friend, I’m the mother—ker that’s already lived through it. I’ve done enough wild s—t in my life to know what I’m supposed to do, what I’m not supposed to do.”

There will obviously be differing opinion on what is the root cause of so many people passing away within this sport. However, Seth Feroce has a ton of insight on the steroid side of things, and provides an interesting perspective to consider.