The 2022 World's Strongest Man crew has revealed how you can follow the contest, and it features an intriguing backstage show. 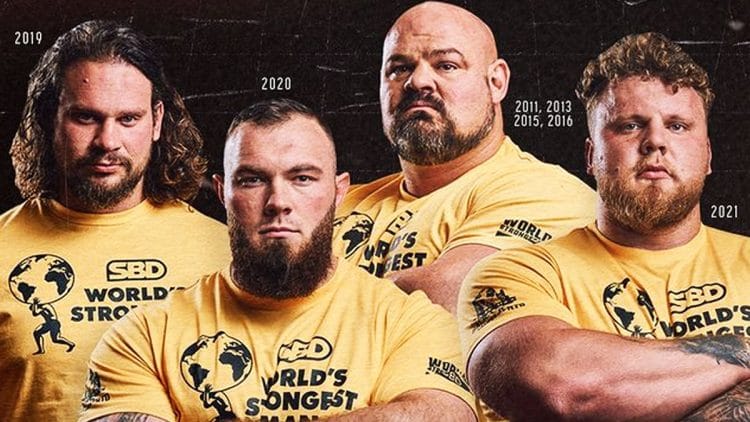 How To Watch The 2022 WSM (Image via @theworldsstrongestman/Instagram)

The 2022 World’s Strongest Man contest is just a few days away, and the hype about the competition seems absolutely unreal. The contest is set to take place from May 24-29, 2022, in Sacramento, CA. Thirty of the greatest Strongman athletes will be eager to compete for the coveted title and the bragging rights. The athletes will be pushed to their absolute max, as they are going to compete against each other for five grueling days. Three of those will be qualifiers, while two days will feature the finals.

How to Watch the 2022 World’s Strongest Man

There are no live streams of the contest available but the good thing is that we will be able to keep up with the results and the action, but not through a Livestream.

There will not be an organized online video broadcast set up for this contest, as the CBS Sports Network intends to release the video footage at some point after it is finished. The only option to watch the competition live is in person.

To make the news a bit better, the WSM will post a daily recap on their official YouTube and Facebook accounts. As it stands, Terry Hollands will be hosting the show called the ‘Backstage Live!’, which is presented by ‘The Beard Struggle’. Terry will recap the events and also share some intriguing backstage interviews with the competitors to make the show more interesting.

FitnessVolt will post a day-by-day breakdown of results, recaps of events, and any updates on the 2022 WSM.

The 2022 World’s Strongest Man consists of a stacked lineup, which will include four previous champions. Brian Shaw, Martins Licis, Oleksii Novikov, and Tom Stoltman will all have a chance to add one more win to their impressive resumes. Tom Stoltman won the competition last year and is hoping to defend his title, while Brian Shaw will attempt to win his fifth career World’s Strongest Man, which would tie him with Mariusz Pudzianowski as Strongman with the most wins.

Oleksii Novikov is aiming to redeem for his past year’s failure, as he did not even qualify for the finals in the 2021 WSM. This time, Oleksii is representing the entirety of Ukraine, so he definitely won’t be lacking motivation. Oleksii already won the 2022 Europe’s Strongest Man and placed second in the 2022 Arnold Strongman Classic. The winner of the 2022 Arnold’s, Martins Licis, is also taking part. These four previous champions seem like the heavy favorites for this year as well, while there could be some surprising performances from the ‘underdogs’.

It is unfortunate that so many fans will not be able to watch the competition as it happens, but the updates and insights will be posted to keep everyone updated. The 2022 World’s Strongest Man will definitely not disappoint, and as stated earlier, you can follow our website for daily updates, as well as Terry Hollands’ recap.