Shawn Rhoden Getting In Some Gym Time, Still Hopeful For Olympia Return 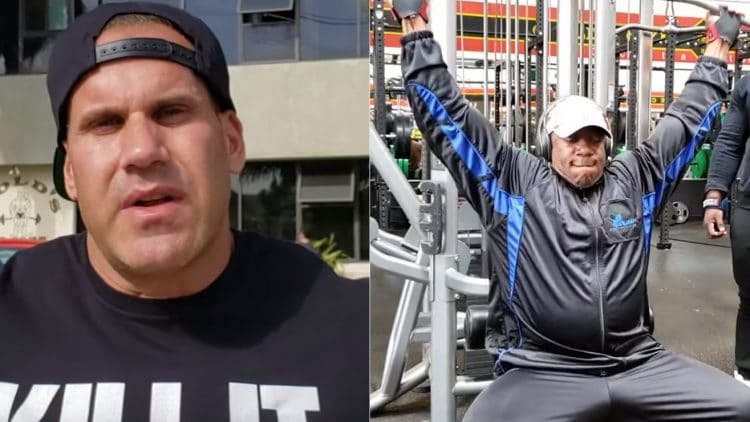 Shawn Rhoden may not be allowed to compete in 2019 Mr. Olympia. Nevertheless, he is still training hard, and hopeful for his eligibility to be returned.

Shawn Rhoden had his ability to compete at this year’s Olympia revoked by the AMI, following accusations of sexual assault. Although the current Mr. Olympia denies these allegations, the company running the competition insists on letting things play out through the legal system.

However, this does not seem to be stopping Rhoden from training hard and staying hopeful. Recently, he posted a cryptic message, while training with his brother. Now, he has been seen in the legendary Gold’s Gym, still putting in work. This time, he brought along his training partner Stanimal, in addition to pro bodybuilding newcomer, Sibusiso Kotelo.

In a video posted by Jay Cutler, the session was recorded. You can see Rhoden working hard, doing a solid back workout with the two gentlemen. All three men looked great, training at the world-famous gym in Venice. Although the session is a few weeks old, you can see just how hard Rhoden had been training, leading up to the event. Additionally, Cutler delivered a message to Rhoden, expressing his support of Rhoden.

Here is a clip of the message, from Rhoden’s coach Chris Aceto.

In the clip, Cutler explains that the video was recorded a few days before the news came out about Rhoden. He also says that out of respect for Rhoden’s denial of the charges, he wanted to post it anyway. Additionally, Cutler confirms that it appears that Flexatron is still training for the Olympia.

Here is the whole training video:

Following this hard training session, Rhoden was asked about his mindset leading into the competition. First, he thanked Stanimal and Kotelo for training with him. Then he was very open about the way he felt, ten weeks out from the event.

“Last year I said I don’t give a damn, this year I’m pissed. My training’s been sometimes insane, going from 0 to crazy. Just mad, because this sport sometimes, is so f—ed up.

We have someone like myself that pretty much killed yourself to get to the top.

Then when you get there, it’s like people just always find the negative in what you do, to get to where you need to be, to knock you down.

However, Rhoden is not always so talkative.

Shawn Rhoden was seen again at Gold’s Gym by TMZ, who tried to ask him about what was going on with his case. He tried to show gratitude for his fans, thanking them for their support. There has been a petition created to facilitate his return to Olympia competition. Despite that, Rhoden is yet to hear anything from the committee, allowing him to return. Obviously he could not say much about the active court case.

If Shawn Rhoden knows something we do not, he is being very closed off about it. However, he is still in the gym and training hard, like he is preparing for something. Perhaps low ticket sales will change the minds of the committee, and we will see Rhoden at the 2019 Mr. Olympia after all.

Bodybuilding is an unforgiving sport with monumental highs and some unfortunate lows. Notable figures in the sport, Iain Valliere and...