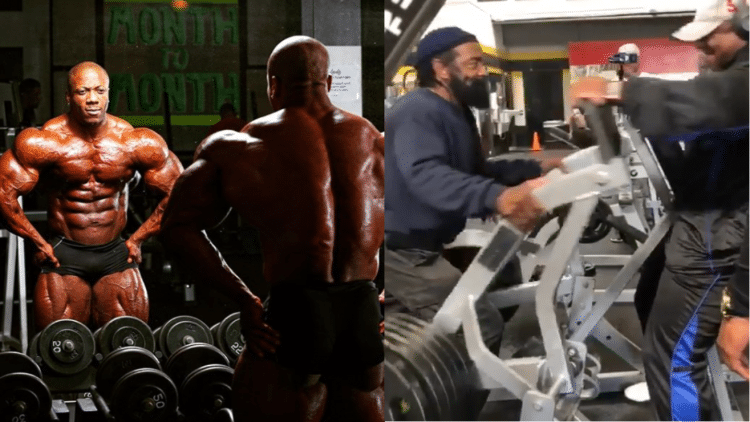 Shawn Rhoden may have been removed from Mr. Olympia 2019 competition. However, it seems like he is still preparing for the Olympia anyway.

Shawn Rhoden is facing charges of sexual assault, following a recent incident in a hotel. Following this news breaking, the AMI revoked his ability to compete at Mr. Olympia. This was a huge shock, considering the fact that he was the 2018 Olympia champ. Subsequently, Rhoden went on to deny these allegations and passed lie detector tests to that point.

However, even though he was removed from competition, he posted a video to Instagram, seemingly still training. In this video, you can see Rhoden training, apparently getting ready for something.

“We are still in prep mode for the big show. Great hitting chest today with my little brother @stanimal9 . Thankful for you bro, always have my back. Thanks to @clay_slay_all_day for the challenging us till the last set. We fight till the very last breath every second of the day.”

So, it would seem that Rhoden is staying prepared.

He stated he was getting ready for “the big show” which implies Mr. Olympia. Despite the fact that he was withdrawn from the competition, he seems to still be getting ready.

If Rhoden knows something we do not, it could be possible that he could be ready for competition. However, one is forced to wonder how this recent news has affected his training and diet. Additionally, he had to spend time in jail, with a $750,000 bond. So even if he is able to compete at this year’s Olympia, it is reasonable to have reservations on how successful he will be.

Despite that, people have been firm that he deserves to be able to compete. Regardless of how he performs, he is missing out on the ability to earn a living. This has caused a backlash, as it seems Rhoden is being tried in the court of public opinion. Many people in the bodybuilding community want to see him treated innocent until proven guilty.

So does Shawn Rhoden know something that we do not? Perhaps his lawyer Rick Collins filed an appeal with AMI. Does he compete in 2019, Mr. Olympia?