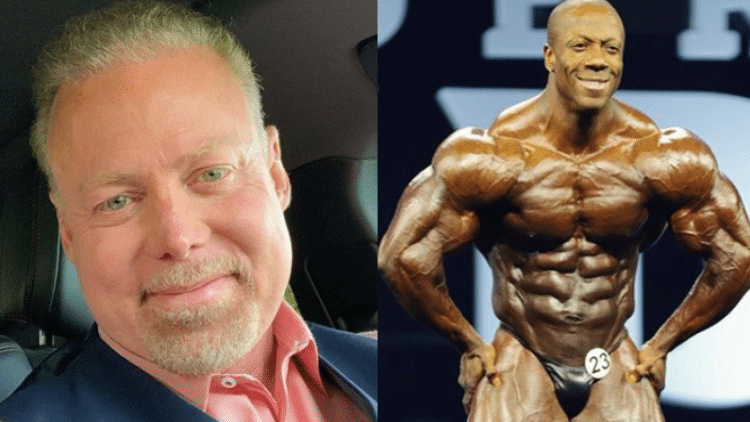 It has already been well documented that Shawn Rhoden is facing sexual assault allegations. Finally, his lawyer Rick Collins is offering some words on the situation.

The situation that Rhoden is facing serious accusations, made by a female bodybuilder. These charges have resulted in him being removed from  Mr. Olympia competition, and being held on a $750,000 bond. Rhoden released a statement on Instagram and passed lie detector tests denying the claim.

However, now his lawyer Rick Collins has spoken out in an interview with Muscular Development. In this interview, they spoke on when Collins was brought on the case.

“I can tell you that I was almost immediately contacted to quarterback a defense for Shawn. I conducted a search for a local defense lawyer in Salt Lake City, and ultimately settled on L. Monte Sleight. Monte is a very bright, experienced trial lawyer who has handled cases involving these types of allegations before. He’s thoroughly familiar with the Salt Lake City courts. We brought in a seasoned investigator to assist us, too. Ron, I was a criminal prosecutor for five years. Then I did garden-variety criminal defense for seven years. I’ve handled all sorts of criminal cases, including sex crimes. I know that evidence can disappear and memories can become hazy quickly. So, it’s always important to roll up your sleeves and promptly try to get to the bottom of things. I’m glad I got in early and flew out to Salt Lake City.

As far as details specific to this case, I will only say that Shawn strongly denies the charges and that the case is currently being postponed to a date in August, a few weeks away. At that time, the judge will set a schedule for the various steps in the criminal proceeding, such as discovery, hearings and trial.”

Furthermore, they discussed more details generally about the process, before Collins issued one final statement.

“The incident involving the criminal charges against Shawn occurred on Friday night, October 12th, 2018, during the weekend of the 2018 NPC Utah Classic in Salt Lake City, Utah. The Host Hotel for the contest was the Courtyard by Marriott,located at 10701 Holiday Park Dr., Sandy, Utah. I ask anyone who was in the hotel lobby on that Friday night between 6:30 pm and 7:30 pm to call me at 516-294-0300. Or to email me at [email protected] I am particularly interested in anyone who observed Shawn during that time interval or anyone who has video or pictures taken in the lobby during that time. Please call me if you were there. If you know people who were there and might have taken pictures or video, encourage them to call me. Shawn and I greatly appreciate it.”

Check back with FitnessVolt for all the latest updates on the Shawn Rhoden case.

The bodybuilding community was generally heartbroken to hear of the passing of Shawn Rhoden. While this is also the case...

Retired IFBB Pro League bodybuilder Shawn Ray has been under a lot of fire recently, due to his comments about...