The strongest man in Paralympic history will always be remembered for his amazing legacy. 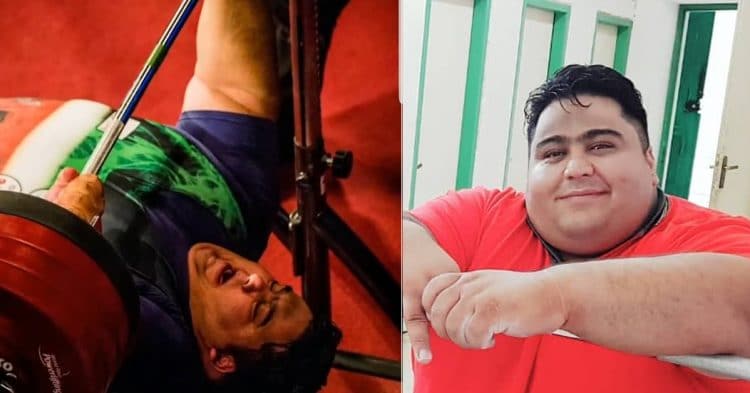 Very sad news in the world of strength sports today as we learned Siamand Rahman who was an Iranian Paralympic powerlifter, has passed away due to cardiac arrest. Rahman was an absolute legend who began his career in 2008 and even after his unfortunate death, he remains the current IPC Powerlifting world record holder in the +107kg class with his incredible 310kg/683.4lb raw bench press performance at the 2016 Rio Paralympic Games… without the use of his legs or equipment.

Rahman also holds the junior world record with 290kg/639.3lbs as well as the Paralympic Championship record with 310kg/683.4 lbs.

He won Gold for his performances in Rio, the 2012 summer Paralympics in London, and the 2010 Asian Para Games in Guangzhou. And he was named ‘Best Male’ at the Paralympic Sport Awards following Rio 2016. So, it’s safe to say he was the strongest Paralympic lifter in history, also having the accolade of being the first Paralympic lifter to bench press 600lbs/270 kg.

The 31-year-old had big plans for the future, making it known that he wanted to eclipse the all-time raw bench press world record (disabled or not) and become the first man in history to bench press 400kg/880lbs in competition.

But despite his passing, Rahman has certainly left behind an incredible legacy and he will never be forgotten for his historical performances.

“As the world’s strongest Paralympian, he made global headlines at Rio 2016 when he became the first Para athlete to lift over 300kg. Few will forget that phenomenal performance which marked a landmark in the history of Paralympic sport.
“Siamand was a pioneer for his sport, an inspiration for many in his home country Iran and around the world, and a fantastic ambassador for the Paralympic Movement. He was also a wonderful human being, a gentle giant and one of the friendliest people you could ever meet.
“The thoughts and deepest condolences of the whole IPC, World Para Powerlifting and the Paralympic Movement are with Siamand’s family, friends and loved ones at this difficult time. Our prayers are also with our friends at the Iranian National Paralympic Committee. Sadly, today we have lost a true Paralympic great.”

We’d like to extend our most sincere condolences to the family and friends of Siamand Rahman for the loss of an amazing champion.

Scottish Bodybuilder and film actor Michael Donovan Mitchell passed away at 65. According to sources, he died of a heart...