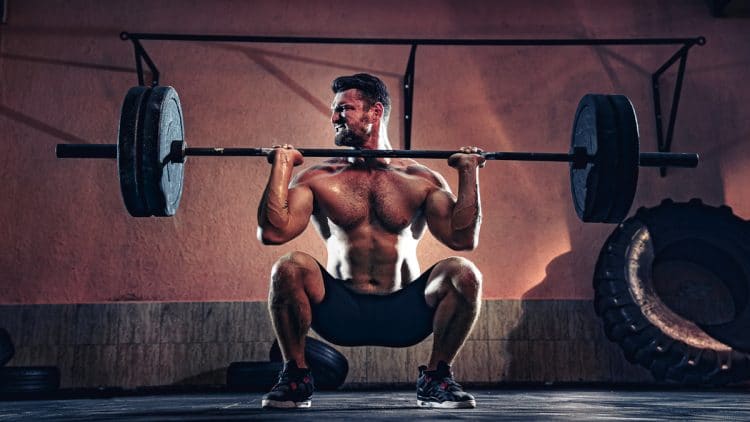 Bodybuilders use a variety of methods to make their workouts more intense. Invariably, these so-called training systems are designed so that you can train past the normal point of failure.

Working beyond failure creates more muscle microtrauma, more metabolic stress, and a bigger pump, all of which contribute to hypertrophy or muscle growth.

But, it’s not just bodybuilders that use supersets. In fact, they can be incredibly helpful for athletes and anyone else looking to boost muscular performance, too.

In this article, we discuss a very particular type of superset designed to increase muscle strength and power.

What are Strength and Power?

Bodybuilders are predominately interested in muscle size. They aren’t judged on their muscular performance. That’s not to say that bodybuilders aren’t strong or powerful – of course they are. It’s just that their strength is really a side effect of training for hypertrophy.

So, what are strength and power?

Muscle strength is your ability to generate force – lots of force. It’s typically expressed as your one-repetition maximum or 1RM for short. We test strength by seeing how much weight we can lift for one repetition.

Strength is linked to muscle size, but the biggest muscles are not always the strongest. Strength is often determined by how efficiently your nervous system operates. Generating lots of force means you need to be able to recruit lots of muscle fibers simultaneously. This is a neurological skill. 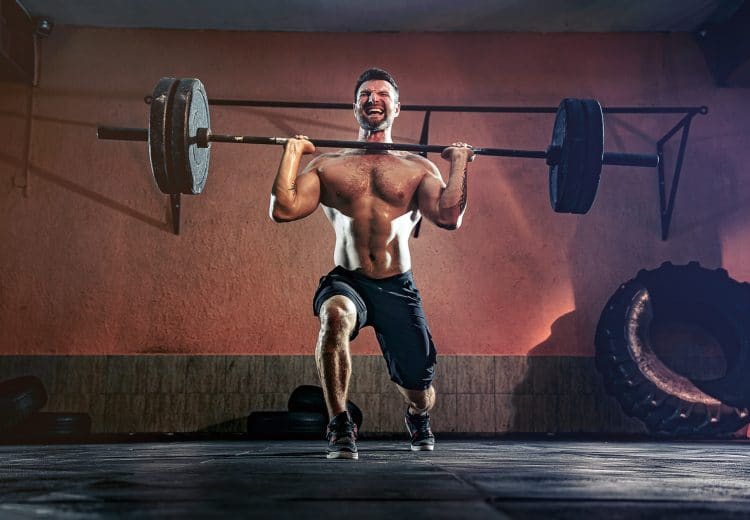 That’s why a small powerlifter can be stronger than a big bodybuilder. The powerlifter is just better at activating lots of muscle fibers at the same time. This is partly genetic and also the result of training.

In contrast, power is your ability to generate force quickly. It’s the difference between a slow, grinding squat and a squat jump. Power is an integral part of most sports and determines how hard you can punch, kick, or throw. It also affects things like running speed and your ability to change direction rapidly.

Power is partly determined by muscle strength but is also affected by your ability to instantly fire off many muscle fibers. This is both a genetic and trainable trait. For example, if you were a good high jumper as a kid or could dunk a basketball with very little training, you are naturally more powerful than your peers.

Strength is trained by lifting heavy weights for low reps, such as a powerlifting program. You take long rests between sets to ensure you can train with the heaviest possible weights.

Power is trained by lifting lighter weights at maximal speed. The weights are still comparatively heavy but should still allow you to move as fast as possible. Use a weight that’s too heavy, and you’ll start to slow down, making your workouts less effective.

A lot of people train strength and power separately. That makes a certain amount of sense, given that they are two different fitness components. For example, you might do heavy squats one day and power cleans the next.

However, it’s possible to train strength and power in the same workout. This is not only an excellent way to save time; it could actually make your training more productive.

And that’s where strength and power supersets come in.

This not only makes for a time-efficient workout, but it could also result in improved exercise performance.

When you do a heavy exercise, your nervous system “wakes up” and recruits more muscle fibers. That’s why your second set often feels a little easier than the first.

But, instead of doing the same exercise again, in strength and power supersets, you follow your slow and heavy strength exercise with a lighter, faster power exercise.

This subsequent exercise will feel even easier because your muscles were expecting a heavy load. With more muscle fibers firing together, you should be able to generate even more power. This phenomenon is called synaptic facilitation or post-action potentiation, or PAP for short.

Generating lots of muscle power also boosts muscle fiber activation. So, when you return to your slow, heavy strength exercise, that feels easier too. You may even be able to go up in weight.

As a result, each of the paired exercises boosts your performance of the other, and you get stronger and more powerful.

The concept of strength and power supersets is pretty simple, and you should have no problem putting your own together. Just choose a strength exercise and pair it with a power exercise that involves a similar movement pattern.

However, to save you the bother, here are five readymade strength and power supersets to try. Do each superset three to five times.

To get the most from this training method, you must rest 2-3 minutes between exercises. If you don’t, you run the risk of starting the power exercise with tired muscles. This will reduce repetition speed and negate some of the benefits of the power exercise. If you are unsure, it’s generally best to rest longer so you can exert maximum force. Fatigue is not your friend!

If you want to run faster or jump higher, this is the pairing for you. Emphasizing your posterior chain, this is an excellent high-performance superset for all athletes.

1b. Power clean – do 3-5 reps with a moderately heavy weight. Stop your set when you notice the bar speed starting to decrease.

This superset is designed to increase your vertical jump. It’s an excellent pairing for basketball players, high jumpers, and anyone else looking to get some air!

2b. Squat jump – do 8-10 reps. Stop your set when you start losing height on the jumps.

If you want to punch harder or throw further, this is the superset for you. Focusing on your horizontal pushing muscles, this is a great superset for fighters.

3b. Resistance band punches – hold a resistance band behind your back. Do 8-10 punches, throwing each one as hard as possible. Stop your set when you feel you are starting to lose power.

4b. Medicine ball slam – do 8-10 reps. Stop your set when you feel you are starting to slow down.

Overhead strength and power are important in most sports, not least weightlifting, strongman, and most contact and combat sports. This superset will increase your ability to lift heavy weights above your head.

5a. Strict military press – do 3-5 reps with a heavy but not maximal weight. Leave 1-2 reps in the tank.

5b. Push jerk – do 3-5 reps. Stop your set when you feel the bar speed beginning to decrease.

While there is nothing wrong with training strength and power separately, it may be more efficient to train them both at the same time. You could even find that training them together leads to more productive workouts.

While the science is quite complex, the reality of strength and power supersets is quite simple. Do a heavy compound exercise followed by a lighter power exercise using a similar movement pattern, e.g., back squats and squat jumps.

If you’ve done things correctly, you should find the second exercise feels easier because you’ve tricked your body into recruiting more muscle fibers than usual. The power exercise should then have a beneficial effect on your performance of the strength exercise.

Use strength and power supersets to boost your athletic performance effectively and efficiently.

When it comes to designing the perfect training program, there are a lot of things you need to consider. Factors...