Mateusz Kieliszkowski will miss the most prestigious Strongman competition for the third year in a row due to nagging injuries. 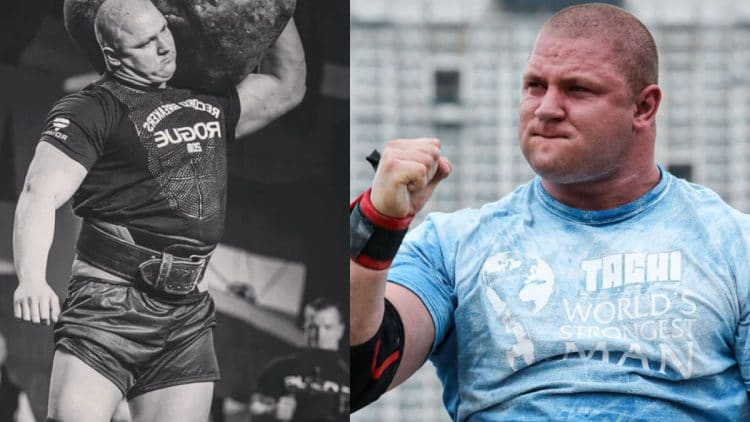 After withdrawing from the 2022 Arnold Strongman Classic (ASC), Mateusz Kieliszkowski is forced to miss out on the 2022 World’s Strongest Man (WSM) as well. On April 6th, 2022, Mateusz revealed to his Instagram followers that he is still carrying the same leg injury that kept him out of the 2022 ASC. Mateusz also stated that he is able to do all sorts of Strongman movements, just not at his highest level.

“Still feel some pain and not comfortable in my leg after injury What i got before Arnold. Heavy training isn’t a good method to fix and recover the body. I have some power, but not enough to compete at the highest level in the world. The best and the smartest solution for me is to withdraw from the competition. I don’t want to risk it because I don’t need a bigger injury than I got. Also, I don’t want to be beaten by everyone because that’s not my style – my goal is only 1st place. I made many mistakes. I have to be smarter this time because I want my career to be longer.” Said Kieliszkowski

Mateusz Kieliszkowski will continue his training but with lighter weights, so it doesn’t further damage his old injury. He will also look into stem cell treatment with his physical therapist. This is Mateusz’s third consecutive year that he is missing out on the World’s Strongest Man competition. His last WSM competition was the 2019 edition.

Mateusz Kieliszkowski will be replaced by his fellow countryman from Poland, Grzegorz Szymanski. His most notable success is winning the 2014 Poland’s Strongest Man, and finishing in 8th place at the 2016 World’s Strongest Man contest.

The current roster for the 2022 World’s  Strongest Man now looks like this:

At 29-years-old, Mateusz Kieliszkowski is considered to be one of the most complete Strongman athletes in the world. He has been active in the sport since 2014, when he was just 21-year-old. Mateusz has taken part in 39 International Strongman competitions, and won 10 of them. He is also a 5x Poland’s Strongest Man.

Mateusz Kieliszkowski has competed in four World’s Strongest Man competitions, and was the most successful in 2019, as he finished in 2nd place. His most notable career wins are the 2019 WUS Dubai, 2019 Arnold Europe, and the 2019 Giants Live Wembley.

It is very sad to see Mateusz Kieliszkowski have to pull out from the WSM again. However, he will definitely have plenty of chances to win the most prestigious title in the sport. Mateusz is more than capable of beating anyone in the world, so it is just a matter of time and strategy.