Terrence Ruffin Withdraws From 2023 Arnold Classic: ‘I Won’t Be Defending My Title; ‘The Goal Is To Grow’ 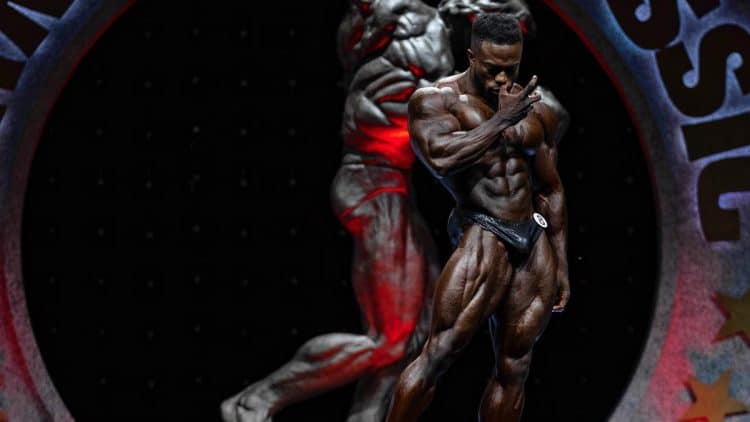 Two-time Arnold Classic winner Terrence Ruffin is coming off a sixth place showing at the 2022 Mr. Olympia, held from Dec. 16-17 at Planet Hollywood Resort & Casino in Las Vegas, Nevada. In a recent Instagram post, Ruffin announced that he would not participate in the upcoming 2023 Arnold Classic.

Terrence Ruffin first gained attention as a Men’s Classic Physique standout at the 2016 Olympia. He managed to crack the top ten and placed ninth in his debut. His potential was evident from the start and he impressed in his second Olympia appearance with a sixth-place finish in 2017.

‘Ruff Diesel’ slipped the following year at the 2018 Olympia and dropped down to the ninth spot. He used the roadblock as motivation and went on to score a win at the 2019 Niagara Falls Pro. In 2020, Ruffin turned in an impressive season, starting off with a runner-up place at the Arnold Sports Festival.

He followed up with another commanding performance at Mr. Olympia but narrowly missed out on the top prize to the now dominant four-time Classic Physique Olympia champion Chris Bumstead.

Terrence got to work in the off-season and came back stronger than ever in 2021. He won the Arnold Sports Festival for the first time. As for his Olympia ambitions, Ruffin took second to ‘CBum’ again.

Ruffin started this year by defending his throne successfully at the 2022 Arnold Classic. However, his latest showing at the 2022 Mr. Olympia did not yield him the results he was hoping for. Ruffin dropped out of the top five and got sixth. Meanwhile, Bumstead added a fourth trophy with rising sensations Ramon Rocha Queiroz and Urs Kalecinski forming the top three.

Terrence Ruffin pulls out from the 2023 Arnold Classic

In a recent Instagram post, Terrence Ruffin announced his withdrawal from the upcoming 2023 Arnold Classic, scheduled for Mar. 2-5 in Columbus, Ohio. The two-time reigning champion Ruffin would not be returning to defend the throne, leaving room for a new champion to emerge.

“It’s been an honor to be the @arnoldsports champ for the past two years but in 2023 the goal is to grow and improve. Knowing that it takes me longer to put in size than my peers competing in March just doesn’t make sense and so I won’t be defending my title. Good luck to everyone who gets the invite! I’ll be there in the crowd cheering you on.”

Bodybuilding legend Arnold Schwarzenegger took to the comment section to chime in.

Terrence Ruffin made it clear his focus will be on adding more size in the coming months. During the build-up to the Olympia, he shared the 3,000-calorie diet he utilized to get shredded for the most prestigious fitness showcase in the world.

While Ruffin won’t be defending his title in Ohio, many fans are already naming Brazil’s Ramon Rocha Queiroz as a massive favorite 10 weeks from the next Arnold.