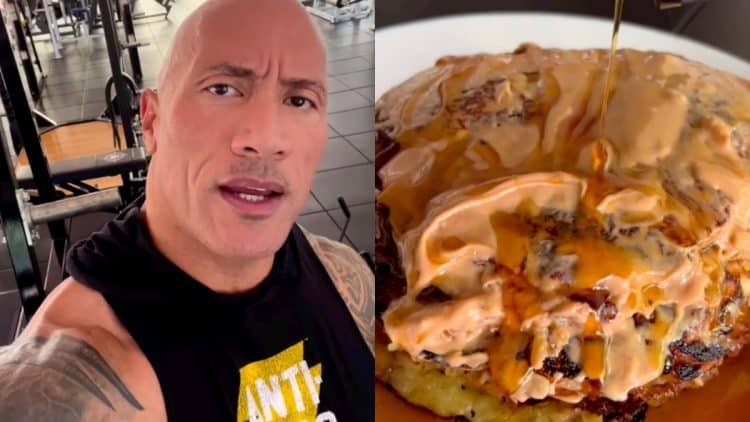 Dwayne ‘The Rock’ Johnson has become one of the most inspiring celebrities to follow online. In a recent post made on Instagram, The Rock unveiled a massive cheat meal for his sweet tooth.

As one of the busiest actors in Hollywood, The Rock has a packed schedule throughout the year. He also founded his own production company with his former wife Dany Garcia called Seven Bucks Productions. Johnson always encourages his followers to be the “hardest worker in the room.” His philosophy and work ethic earned him the top spot on the Forbes list of the ten highest-paid actors of 2020 for a second consecutive year.

Johnson is renowned for his work ethic and dedication to maintaining his physique. Although he has a packed schedule, he still finds time to train even late at night. If you are wondering how you can motivate yourself to get in the gym for late-night training sessions, The Rock recently shared how he motivates himself to train when the going gets tough. He also regularly shares workout videos online and gave a look into his arm day, where he explained in detail how he builds such huge biceps.

Johnson strives to push the boundaries of what is possible. He took his physique to the next level in preparations for the titular role in the upcoming DC movie, Black Adam. Johnson wanted to make sure he looked like the superhero from comic books and packed on the pounds for the ambitious movie role.

In a recent post uploaded on his Instagram, The Rock shared a massive cheat meal of pancakes to satisfy his sugar cravings.

It is clear that Johnson likes to reward himself after following a strict diet plan. He is very well-known for his epic cheat meals and recently tried out the West Coast classic burger chain In-N-Out for the first time in his life, where he ordered two double-double burgers along with two servings of their popular fries to pair with his own Teremana tequila.

The Rock will join the DC Extended Universe as a supervillain/anti-hero when Black Adam releases in theatres this October. Even when it comes to cheat meals, The Rock still values nutrient-dense foods to fuel his brutal workout regimen.

Do you want to enjoy the occasional cheat day while intermittent fasting? If so, you're not alone. Many people on...