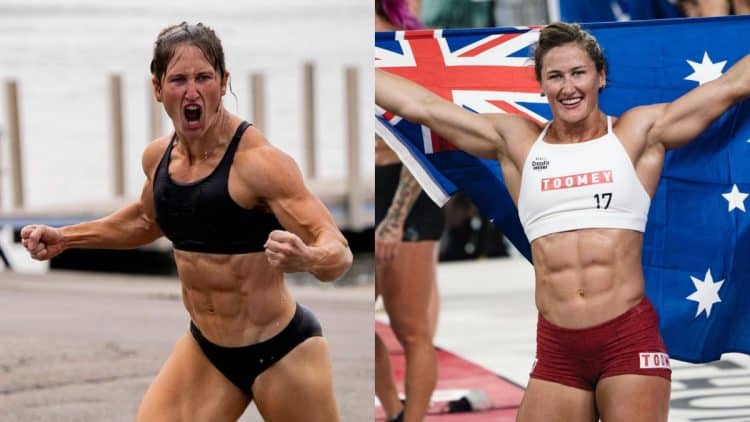 Coming off a record-breaking sixth win at the 2022 NOBULL CrossFit Games, the reigning champion Tia-Clair Toomey is set to prepare for her next competition. In a recent post uploaded on Instagram, Toomey got confirmed to participate in the team division on Nov. 18-20, 2022 at the 2022 Down Under Championship.

Tia-Clair Toomey is one of the most successful athletes in the sport. Tia becomes the first woman in CrossFit Games history to win the title six years in a row. Previously, she was tied with five-time Fittest Man On Earth® Mat Fraser.

There were doubts early in the season due to her brief transition to bobsled, where she ended up putting on weight and stepping away from training CrossFit. However, Toomey returned back in shape to take home the historic $310,000 payout.

Considering the high standards Toomey holds herself to, she would likely look to improve her performance in the next show. Her victory at the 2022 NOBULL CrossFit Games did not come easily as Mal O’Brien presented a tough challenge after an early slip from Toomey. Although she won, it was not the usual showcase we get to see from Toomey.

There is a very good argument for Toomey to be the greatest CrossFit athlete in history. Being the most decorated individual participant in the sport’s history, she can stack up her glittering resume even more with wins in other categories such as the team division.

Tia-Clair Toomey will compete at the 2022 Down Under Championship

In a recent post uploaded on the organization’s Instagram, Tia-Clair Toomey got confirmed to participate in the team division at the 2022 Down Under Championship.

@tiaclair1 doesn’t need any introduction – she is the greatest @crossfitgames athlete in history.

But there’s a catch… Tia is competing as a team!!
Who do you think she’ll bring?”

As of now, they did not reveal who would be on Toomey’s team but fans seem very excited to see her return at the 2022 Down Under Championship, scheduled for Nov. 18-20 at the WIN Entertainment Centre in Wollongong, New South Wales.

Tia also expressed her happiness in the post, saying that she is looking forward to competing.

I CAN NOT WAIT TO BE THERE.

Toomey did not achieve such high levels of success without putting in the hard work. She previously gave a look at a day in her life, sharing her daily diet and the equipment she uses. She explained how tough it could get while preparing for the final stages of the CrossFit Games.

After she won her sixth consecutive CrossFit Games title, speculation about her retirement loomed. Tia didn’t give a clear answer to the question of whether she plans to retire or return full force next year, leaving a number of possibilities open – from retiring completely to defending her seventh title.  However, putting all of that aside, she is taking her talent to the teams’ division.