Although she did not score new records, Tiffany Chapon has defended her title from last year. 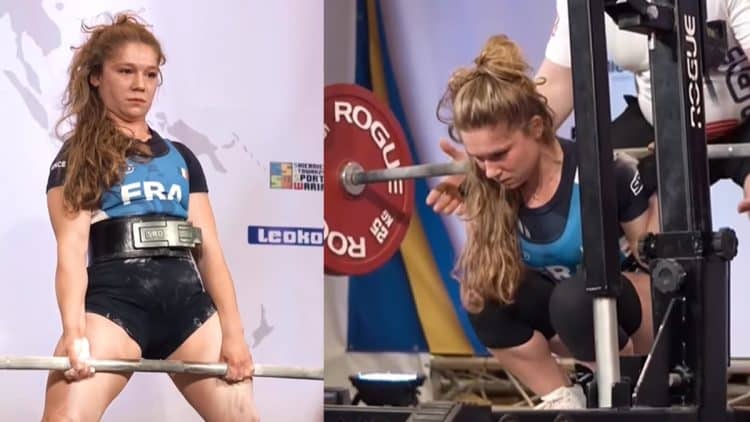 The 2022 EPF European Classic Powerlifting Championships run from November 25th through December 4th in Skierniewice, Poland. They gathered only the greatest powerlifters from the European continent who were stoked to compete for one of the most prestigious titles in the sport. So far, the most notable winner was the French representative, Tiffany Chapon, having dominated the raw 47-kilogram weight class.

Tiffany Chapon was the fan favorite going into the 2022 EPF European Championships, especially since she was coming back to defend her title from last year. In addition, Tiffany managed to complete a perfect season this year, having won the French National, IPF World’s, and now EPF European championships. This makes her the undisputed champion of the 47-kilogram weight class.

Chapon weighed in at exactly 46.95 kilograms (103.5 pounds) for the 2022 EPF European Classic Powerlifting Championships. She missed four out of her nine total attempts, but her performance was still more than enough to get her the victory.

Tiffany Chapon is just 21 years old, but she is already a two-time World and European Champion. She also has numerous records of all kinds under her belt and is still aiming for a few more.

Consequently, if she continues to win these International titles like she has been able to do for the past two years, then she just might be able to create what could be the greatest powerlifting resume in the history of this sport.