Here are some tips to ensure you avoid injury while deadlifting big poundages!

The conventional barbell deadlift is one of those exercises that’ll really test your physical and mental capabilities. It’s essentially a full-body, closed kinetic chain movement that works, most muscle groups from your calves to your core, all the way up to your traps.

So, it’s definitely one of the best exercises you can do for maximum strength and muscular development.

But, every blessing has its burden because doing the deadlift incorrectly can result in serious injury due to the complexity of the movement, muscles involved, and resistance load potential (the deadlift allows you to lift a lot of weight whether you have good form or not).

So, to prevent any potential mishaps from occurring during your deadlift training sessions, we’re going to explain in-depth the best tips we can give you to ensure you’re not only avoiding injury but making serious gains in the process!

But first, let’s talk about the muscles worked during the deadlift…

The deadlift is a full-body movement that involves several muscles which are required to lift the loaded barbell off the ground into a standing position.

So, there are many components that need to work together to perform this lift effectively.

The muscles worked include:

Now, even though there are several muscles involved in this exercise; this doesn’t mean you shouldn’t do other compound and isolation exercises which will allow you to directly stimulate certain muscle groups that the deadlift also intends to target.

Although, the deadlift is powerful enough as a compound movement to contribute to a large portion of your lower and upper body development.

So, include the deadlift for its benefits but find a proper balance and designate days to focus on each muscle group individually.

Check out this compound vs. isolation movements article which compares the two training methods and explains the benefits of utilizing both.

Ok, let’s get into the beneficial information that will help you deadlift pain and injury-free.

The real benefit of the deadlift comes from being to load up the bar with a lot of weight and repping out for muscle-building and strength purposes, so ensuring proper form is imperative.

Check out these 5 dangerous deadlift mistakes you don’t want to make. 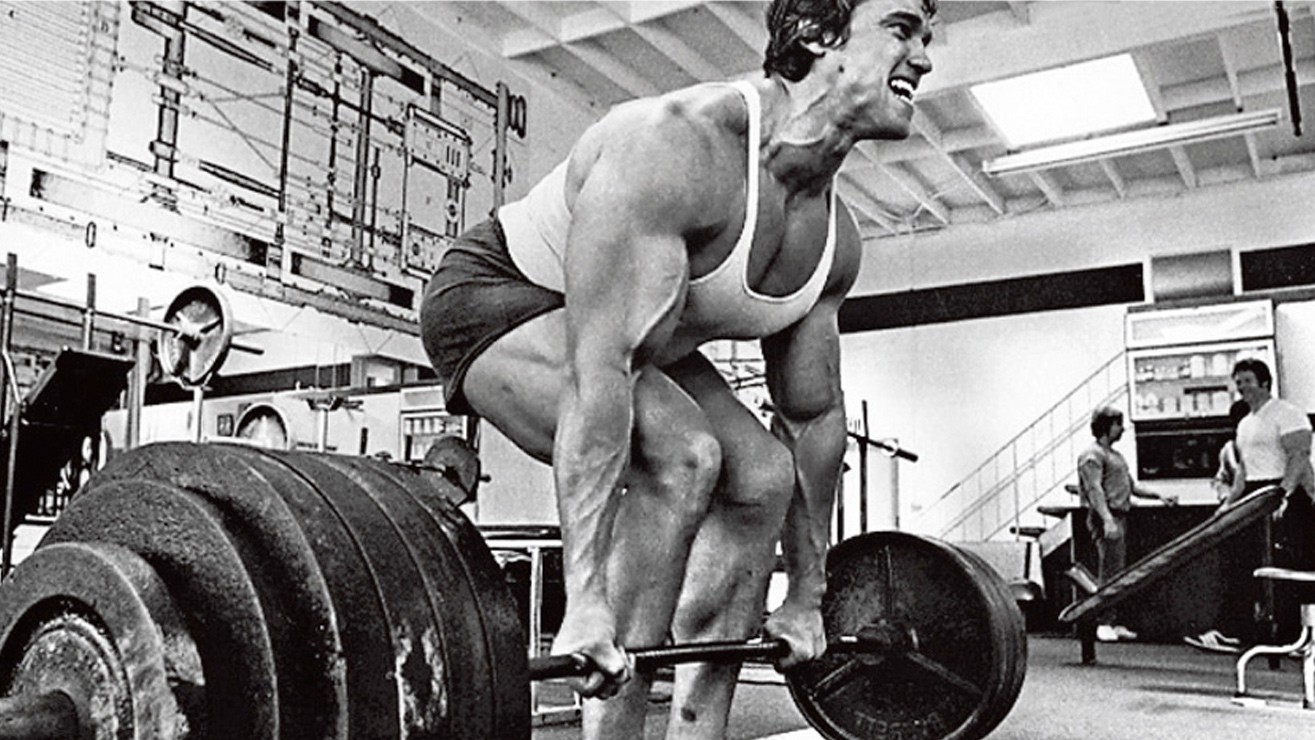 Tip #1: Never, Ever Pull With A Rounded Back

This is a costly mistake you cannot afford to make, especially if you’re a heavy lifter. You may not see the negative effects of rounding your back now but we can assure you this won’t be the case for very long.

So, keep your back as straight and neutral as you can and use a lot of leg drive to help get the weight up before your hips and upper posterior chain finish off the movement. Some people pull with their backs because they don’t know how to use their legs and this needs to be corrected immediately.

Now, it’s ok to have a very slightly rounded upper back because it will allow you to pull maximum weight. But, don’t overdo it as this should be very minor.

And even though the spine can bend and flex, it helps us to stand upright and it’s composed of several vertebrae and discs which are not meant for bearing excessive loads in a non-supported position. (1, 2)

So, always make sure to check your form and/or have someone help you.

The reasons why we advise using an overhand, or pronated grip are due to some pretty straightforward and justified reasons. Using a mixed grip can increase the chances of tearing a bicep and it places one shoulder in a slightly different position, resulting in asymmetrical lifting for many people.

Now, a mixed grip has its place and many lifters use it safely and effectively because you can lift more weight as this grip prevents the bar from slipping. So there’s nothing wrong with it if you know what you’re doing.

But for most lifters, using an overhand grip is more conducive to proper joint positioning (shoulders and wrists) and improved grip strength which is essential for maximizing deadlift performance without having to rely on straps all the time.

One study showed that a double-pronated grip results in less asymmetry during the deadlift when compared to a mixed grip. (3)

And another piece of research found that an over/underhand grip during the deadlift resulted in bilateral symmetry in the biceps brachii, brachioradialis, wrist, and elbow due to the angle. (4)

So, if you must use a mixed grip, make sure to switch up under/overhand position of each arm each time you train to avoid muscle imbalance. And the same, previously mentioned source of research suggests avoiding a mixed grip altogether to prevent asymmetrical training.

Tip #3: Stop Deadlifting and Instead Do The Rack Pull Below The Knees

At some point in time, we all have to face reality… and by that, we mean deadlifts aren’t for everyone, just like the squat isn’t either.

Certain individuals and body types are not capable of getting down low enough to deadlift while maintaining a neutral spine position. So, to remedy this, all you have to do is set the bar a little higher (Pun intended of course).

And that brings us to the rack pull which is an excellent movement that is similar to the deadlift. But, instead of having the bar above the knees like many people do for the rack pull, we’ll keep it below the knees.

And this will allow you deadlift heavy while using an acceptable range of motion while encouraging good form, whereas the standard rack pull can be very dangerous if not done properly.

Many people think they can just load up the bar and pull with mostly their back muscles since the legs aren’t as involved. But you’re asking for a case of thoracic outlet syndrome, which can result from bad lifting posture, even causing shoulder issues, and it places dangerous pressure on veins, nerves, and arteries.

So, the importance of adequate thoracic extension and scapular retraction cannot be stressed enough.

Going deep (butt to ankles) is ok for the squat since you’re purposely trying to annihilate the quads. But the deadlift is different. You have to pull a lot of weight upward and you’ll get the most power from your legs when they’re positioned above parallel.

Deadlift performance is mostly about lifting heavy loads as efficiently as possible, so you don’t want to get so deep to where you have a hard time getting out. Now, you can dip your butt down low then lift it back up prior to the lift but many prefer to remain in a position where you’re at your strongest. 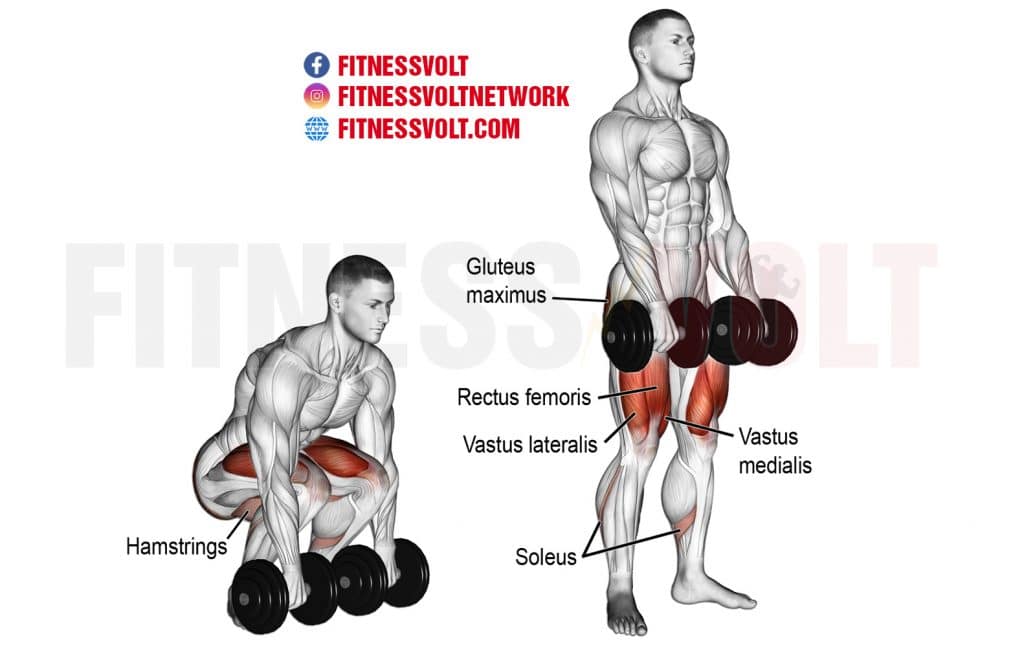 Missing this step can have both your back and performance potential paying the price. And that’s exactly why it’s so important that you keep the bar as close to your center of mass as possible.

If you’re pulling all that weight up too far from your body, you can rest assured that you’re not only going to eventually injure yourself but you won’t be able to lift as much as you’re capable of lifting.

But since you’d be pulling with a lot of back, you’re diverting the weight load away from the lower posterior chain which is an essential contributor to the lift.

So, every time you go to deadlift, make sure your toes are well under the bar so that your shins are touching. Then, you want to actually slide the bar up along your shins as you pull the barbell upward into a standing position.

Tip #6: Do A Static Hold For Your Last Set

It’s only to challenge yourself a little, after all, that’s how we get better. So, use a challenging weight for your last set of deadlifts, and then on the last rep, hold it as long as you can until your grip and form start to waver.

Keep everything tight and maintain thoracic extension along with scapular retraction. Your core should be tight and your lower posterior chain (calves, glutes, and hamstrings) should be engaged.

What you’re doing here is training yourself to maintain proper form even when you’re nearing exhaustion. It helps you to keep your chest up and shoulder blades back which is essential for preventing thoracic outlet syndrome and maximizing performance.

And you’ll definitely get some gains too from going beyond just a normal set!

The amazing benefits you can expect from doing deadlifts is reason enough for most capable individuals to incorporate it as a main, full-body lift.

The main benefits include:

But you should definitely incorporate both types of movements in your training for optimal results.

Another benefit besides the superficial strength and muscle-building aspect is the rehabilitation side of the deadlift.

One study showed that patients with sufficient back extensor strength, endurance, and a sufficiently low pain intensity level can benefit from deadlift training for mechanical low back pain. (6)

The deadlift was also found to be a very beneficial and ideal movement when it comes to promoting optimal hip extensor strength, according to one study. And this is one area that should be a focus to maximize performance during similar movements which require sufficient hip extensor function. (7)

And to give an idea of how effective the deadlift is for promoting core strength, 21 untrained college males underwent a 5-week deadlift strength training program with progressive overload and no prior core training.

And after the 5 weeks, their core strength increased significantly. (8)

So, it’s clear that the deadlift can do a lot for improving development and function in many aspects.

Most people can make these necessary adjustments if they haven’t already and you can be well on your way to taking advantage of the incredible benefits of the deadlift.

It’s a full-body, compound movement that allows you to keep building upon your strength progress and it’s a recommended movement for anyone capable of doing it correctly. And the safety of your back muscles, spine, and other essential physical components are nothing to take lightly.

So, make sure you have a sufficient checklist in place before attempting to pull some heavy weight. But at least you know your efforts will be well worth it!