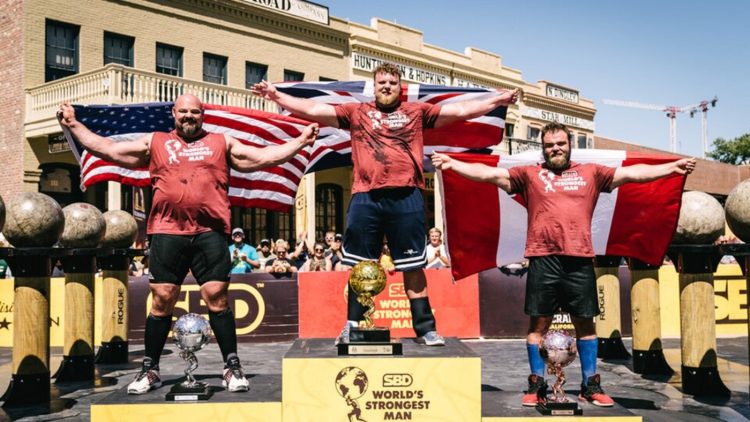 The World’s Strongest Man event was forced to take a hiatus during the COVID-19 pandemic but the show returned in 2021 where Tom Stoltman took 1st place. Following his first title win at the 2021 WSM event, Tom Stoltman harnessed the power of Autism spectrum disorder to help dominate the podium and take home gold.

At 27-years-old Tom Stoltman managed to pick up the win after lifting the fifth and final Atlas Stone to cement his victory against Brian Shaw. Shaw himself is a 4-time winner of the WSM. As the 2020 runner-up at WSM, many pegged Stoltman as a favorite heading into the big event.

Following the monumental victory, Tom Stoltman linked up with our staff at Fitness Volt in an exclusive interview to discuss the processes that led to 1st place at the 2021 WSM.

“It’s still not really sunk in what I’ve achieved this weekend. But yeah, it feels good that I was able to take it over the line,” Stoltman said.

On his extraordinary journey in strength sports, Stoltman defied the odds to win a major title. The Strongman competitor attributes much of his success to his struggles with autism throughout his formative years.

Tom Stoltman On Sharing His Autism Diagnosis With Friends Growing Up

Speaking to CNN Sport, Tom Stoltman explained how his time growing up with autism played a role in his success.

“[Growing up] I didn’t have a clue that I was doing anything wrong,” Stoltman recollected. “All my behaviors and the stuff I was doing, like in the house, out of the house, to my parents, siblings, etc., I thought was normal.
“I thought the other kids, doing different things, were the ones that were in the wrong.”

Stoltman admits as he got older, social issues appeared to intensify between him and his friends. Before becoming a Strongman competitor, Stoltman decided enough was enough and that he would tell his friends about being on the autism spectrum.

“I stood up and took my seven or eight best mates into a room and said, ‘Look, I have autism.’
“And they said, “Look, there’s no problem at all. We’re still going to like you for who you are.’
“And that day is when a weight lifted off my shoulders and I felt normal. Like a normal member of society. I felt just normal around people and they all just treated me the same as them.
“That was the day that changed my life. When I was open about having autism.”

On the heels of his 1st place victory, Tom Stoltman intended to compete at the 2021 Europe’s Strongest Man scheduled for Sept. However, the 27-year-old contracted COVID-19 and was subsequently forced out of the Strongman event. Despite enduring some speed bumps throughout his career, Tom Stoltman harnessed the power of his autism to help propel him to the top of the podium.