Sajad Gharibi known as the 'Iranian Hulk' is intensely preparing for his blockbuster boxing match. 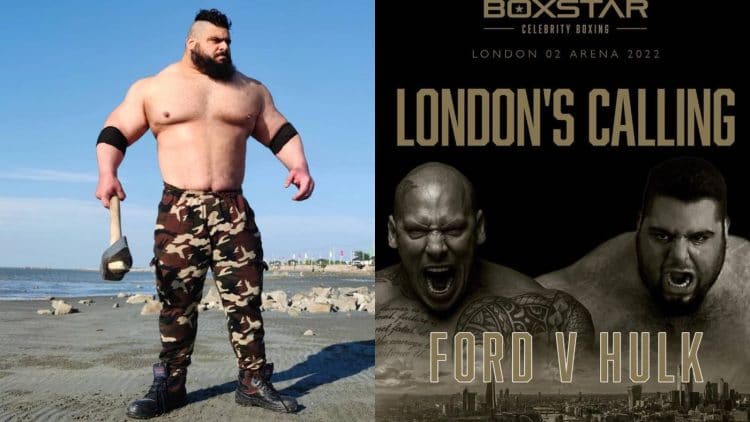 The 390-pound mammoth Sajad Gharibi AKA ‘Iranian Hulk’ is getting ready for a boxing match with fellow behemoth Martyn Ford on April 2. Over the holiday weekend, Sajad Gharibi continued to promote his fight with Ford by showing off some intense training ahead of their boxing match.

In a video shared on his Instagram account, Sajad Gharibi is seen clashing with several fighters in a small room. While the men fighting seem determined to damage the ‘Iranian Hulk’, Gharibi methodically restricts their movements with a series of trips, throws, and grabs.

Gharibi and Ford have been eager to fight each other since 2018. Ford, known for acting and bodybuilding has been putting in the work with the former World’s Strongest Man, Eddie Hall. Interestingly, Hall is also preparing for his own respective super-fight with Hafthor ‘Thor’ Bjornsson.

Ahead of his blockbuster boxing match with Ford, Sajad Gharibi is promoting his fight by showing off a wild clip of violence. While the ‘Iranian Hulk’ didn’t show off any crisp boxing in the video, he certainly knows how to defend himself if he is getting overwhelmed.

With just under 4-months to go before the two titans meet in the ring, many fans are excited to see how the training of the ‘Iranian Hulk’ will translate into the realm of boxing. Some have questioned the unorthodox training videos of Gharibi as the superstar also shared a video of him hulk smashing through concrete walls during his time training.

Martyn Ford is definitely taking the contest seriously, as he too posted a video of his preparation, which shows him slamming a sledgehammer down on a tire multiple times.

With a natural, physical stature adored by enthusiasts worldwide, the fight is easily becoming one of the most talked-about attractions for early 2022. Meanwhile, Martyn Ford is also putting in the work and looks to be trimmed down ahead of his highly anticipated boxing match. Ford, a fitness expert/renowned bodybuilder, also has an insanely intimidating physique, standing at a colossal 6-foot-8-inches.

With just a few months to go before one of the biggest fights of the year, both combatants look like they are ratcheting up the training. After fending off several men at one time in his Instagram video, it appears the ‘Iranian Hulk’ AKA Sajad Gharibi is making sure to promote his fight with Ford while still getting a workout in the process.

The 14 Best Rowing Workouts for Fitness and Fat Burning