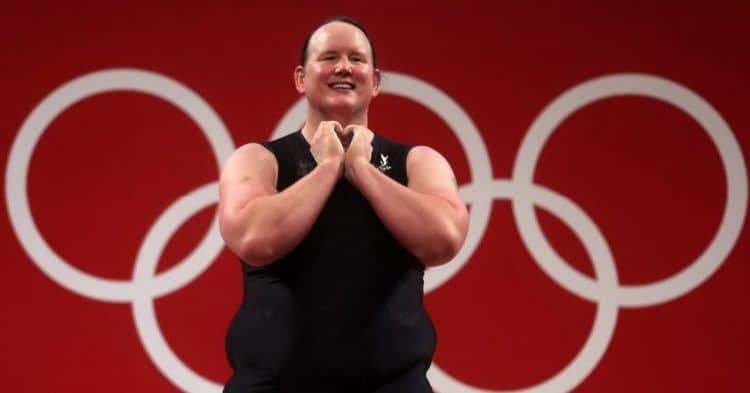 At the Tokyo Games, Laurel Hubbard made history by being the first transgender weightlifter to compete at the Olympics. However she does not think this is something that deserves all the hype it has gotten.

Hubbard competed in the +87kg weight class, amidst a ton of controversy. While some were in support of her representing trans rights on the biggest stage in sports, others felt that it was unfair to those born as women, with various other athletes speaking out.

In the end, Laurel would drop out of the contest early, after failing to land a single snatch attempt and scoring no points. Following this performance, she had a rare appearance with media, speaking about her participation in the Olympics and what it meant to her.

“All I’ve ever wanted to be is myself, and I’m just so grateful that I’ve had the opportunity to come here and be me,” Hubbard said.

“I have never really been involved in sport because I’m looking for publicity or profile or exposure, and while I recognize that my involvement in sport is a topic of considerable interest to some, in some ways I’m looking forward to this being the end of my journey as an athlete, and the attention that comes with it.”

Hubbard went on to say that she keeps away from the negative media and naysayers about her participation. She says focusing on the negative side of things makes and already tough sport more difficult.

“I try not to dwell on negative coverage or negative perception because it makes a hard chore even harder. It’s hard enough lifting a barbell, but if you’re putting more weight on it, then it makes it an impossible task, really.

“One thing I will say though, is that I think often a lot of negative coverage and negative perception is not really based on evidence or principle, but rather it’s based on emotion,” Hubbard said. “People are often reacting out of fear or discomfort and I hope that in time they will open themselves up to a broader perspective.”

Laurel also went on to add that she is not trying to be a role model or inspiring others, but is happy to do so. More to the point, she says that she thinks people made too much of her inclusion in the Olympics, and that trans athletes are just people.

“I don’t think it should be historic. I think that as we move into a new, more understanding world, people are starting to realize that people like me are just people. We are human, and as such, I hope that by just being here, that’s enough,” Hubbard said.

It is rare to see Laurel Hubbard speak out, which lends itself to the idea that she is not looking for attention from competing. However it was nice to hear her perspective on everything that has happened over the last several months, and get a sense of how she looks at herself.