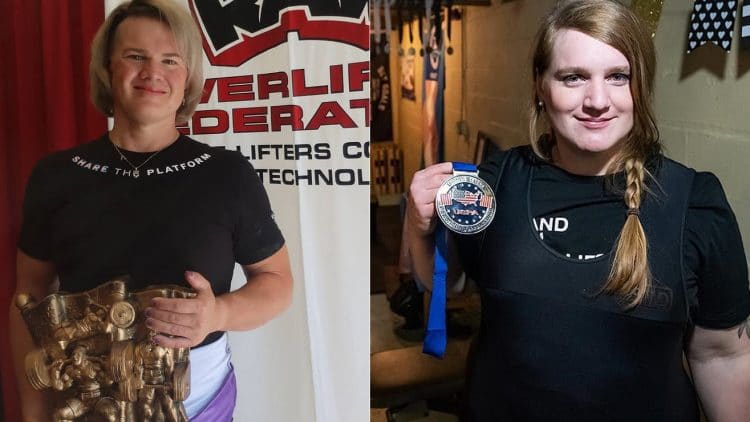 Early this year transgender female powerlifter Jaycee Cooper attempted to join USA Powerlifting but due to their transgender policy, her efforts were in vain as the policy will uphold despite Cooper’s proposal for a reversal of the ban.

Now, the decision to keep the ban in place came after an overwhelming ratio of votes in favor of the opposition to overrule the policy. The National Board of Governors for the USA Powerlifting organization voted 46 to 4 (One abstention) in Lombard Illinois, with the former convincingly enough to uphold the transgender ruling put in place.

“Women’s Strength Coalition and Pull for Pride will not stop pushing for a trans affirming and inclusive policy until all are welcome on the platform”.

“It was revealed that this female lifter was actually a male in the process of becoming a Transgender female. “Our rules, and the basis of separating genders for competition, are based on physiological classification rather than identification.”

“The conclusion made, is that the correct physiological classification is male.

Gregory was met with a lot of backlash following the incident, and even from female Olympic medalists Sharron Davis and Kelly Holmes who spoke out on Twitter, even calling the situation a bloody joke…

Its a bloody joke and all getting ready for biological women to boycott certain events.Have a trans category if need be but even better a trans games.Otherwise i’m starting to worry about the backlash and abuse that the trans community will get from spectators. It will happen!

But, many others who are opposed to transgender participation have elaborated in defense of USA Powerlifting; that it is a drug-tested organization so the compounds used for the transition would be illegal.

And a male-born athlete will always have the biological advantage over a female regarding muscle mass, bone density, and connective tissue; which remains regardless of androgen reducing compounds.

“The second area involves the participation of male to female competitors.  Through analysis the impact of maturation in the presence naturally occurring androgens as the level necessary for male development, significant advantages are had, including but not limited to increased body and muscle mass, bone density, bone structure, and connective tissue.  These advantages are not eliminated by reduction of serum androgens such as testosterone yielding a potential advantage in strength sports such as powerlifting”.

Now, as of right now the ruling will stand and transgender athletes are not allowed participation in USA Powerlifting but it seems that despite the obvious and overwhelming opposition, they’re not calling it quits just yet.

But, taking into consideration the obvious biological differences between both genders, it’s likely they will not be granted inclusion into competition anytime soon, if ever.