REPORT: Bodybuilder Victor Richards NOT Dead, He is ‘Alive and Well’ 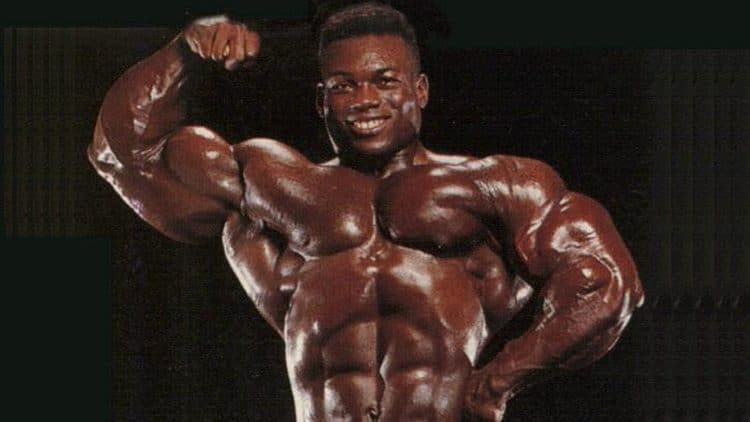 Wednesday afternoon, FitnessVolt published an article, reporting that Nigerian bodybuilder Victor Richards had passed away. We are retracting this news, as his daughter has revealed that this is not the case at all.

Richards is a bodybuilder who was most popular in the United States, during the 80’s and 90’s. He was known for his gigantic size, being considered one of the first mass monsters that bodybuilding had ever seen.

It was reported that Victor had passed away on Wednesday, with the speculation that he had passed due to a heart attack. However, his daughter revealed to Generation Iron that these reports were grossly exaggerated, and that Victor was in fact alive and well.

“I’m pleased to assure you that my father is in fact alive and well. An inaccurate Facebook post has caused a wildfire of false information throughout social media and news outlets. Thank you all for your concern, my family appreciates all of the love the bodybuilding community has shown to my dad,” she said.

Dave Palumbo of RxMuscle also reacts to the latest developments:

The news seem to stem from a Facebook tribute post by a well-known bodybuilder Andreas Cahling on his official Facebook page with the caption: “R. I. P. Victor Richards, 56.”

It is rather unfortunate that the reports of Victor Richards having passed away were published by Fitness Volt and other outlets, ultimately to be proven false. That said, it is great to see that another brother in iron is still alive and well, during this time of seemingly endless deaths in the sport.

The Life and Career of Victor Richards

Victor Richards was an athletic child growing up, finding success playing football, track and field, and wrestling during his days in school. However, it was the world of bodybuilding that inspired him from an early age.

Motivated by the likes of Arnold Schwarzenegger and Sergio Oliva, Victor began hitting the weights and growing into the massive frame he eventually would become known for. Interestingly enough though, he never competed as a pro bodybuilder, instead making a handful appearances as an amateur.

Instead, Richards made his name off of the back of doing a ton of guest posing spots, throughout the 80’s and 90’s. There was even one point, where he was seen doing a pose down with an off-season Dorian Yates, apparently even holding his own for the most part.

Victor Richards is by no means the most popular or famous bodybuilder out there, but he is clearly a pioneer for the types of mass monsters that are so well known today. There is even an argument to be made that he paved the way for the likes of Ronnie Coleman, Phil Heath, and Big Ramy, showing that it was possible to be freaky and still have a solid physique.

Fitness Volt would like to apologize for the mis-reporting. All that is left now, is to celebrate the fact that this pioneer is still alive.