A godfather of Hollywood is trying out an NFL quarterback's exercise regimen. 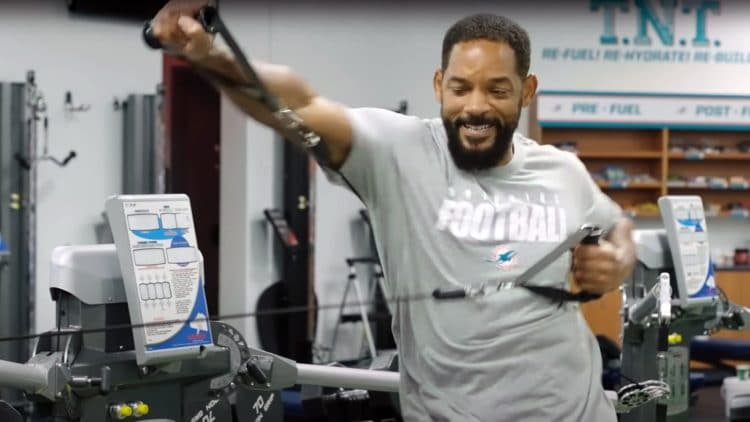 Will Smith continued his recent fitness journey by joining NFL quarterback Tua Tagovailoa for strength training. With the intention of dropping his ‘dadbod’, Will Smith is taking exercising seriously and is getting closer to the best shape of his life.

The Hollywood star found a workout regimen used by Tagovailoa and it has helped him lose weight in a healthy manner. Of course, like many of us, the pandemic brought about a sedentary lifestyle and famous actors were not exempt.

After going viral with his ‘dadbod’ in May, the actor decided to make a commitment to getting in the best shape of his life. After joining up with NFL quarterback Tua Tagovailoa, surely Will is now getting some high-caliber training in.

The critically-acclaimed actor took to his YouTube channel to reveal some of the work he’s done alongside NFL Miami Dolphins quarterback Tagovailoa. Before they got busy exercising, Tagovailoa and his coach gave Smith an idea of what’s on the docket.

“So Monday, Tuesday, Thursday, and Friday is like leg and upper body days and then Wednesday for me is more like balance and proprioception type deals.” Tua Tagovailoa said to Smith.

The session begins with the two ingesting a Kava beverage, Tagovailoa describes the gift as part of Samoan culture/tradition. After foam-rolling and stretching, Tagovailoa shows Smith how to do proper cable push-pulls and wall-ball throws.

Next, Tagovailoa and Smith hit alternating dumbbell bench presses and side planks. To cap off an intense workout, the pair practiced lying lateral raises, but ultimately finished the session with a round of reverse crunches.

Interestingly, Smith titled his memoir, Best Shape of My Life, which is a testament to how serious he is about maintaining proper health through exercise and diet. Tagovailoa’s regimen includes four days of training sessions for Smith as well as cardiovascular training every morning.

Carlos Thomas Jr. Weighed 220lbs At The 2021 NPC Nationals, Not Ruling Out A Move Down To 212 Division