Tom Platz spoke about the Mr. Olympia and the Arnold Classic losing their luster: 'many people think bodybuilding is just winning the Olympia, but it's not' 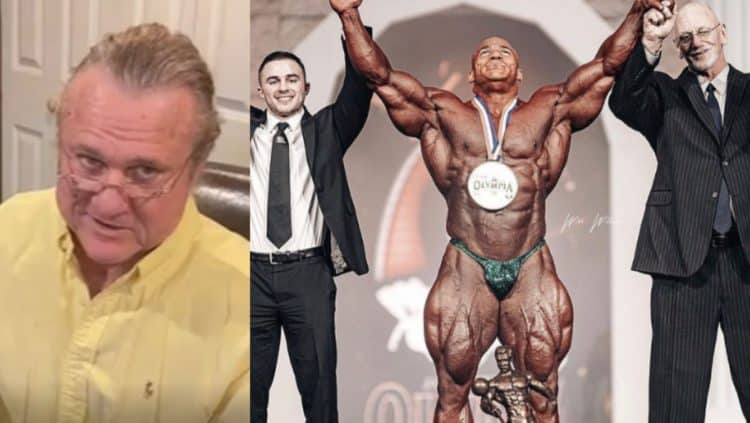 Golden Era bodybuilder Tom Platz‘s passion for bodybuilding is apparent despite hanging up his posing trunks years ago. In a recent video, Platz discussed the Mr. Olympia contest ‘losing its identity’ and the Arnold Classic ‘losing its reputation.’

Detroit native Tom Platz began his career competing at a number of AAU bodybuilding shows in the 1970s. His training programs and work ethic influenced generations of athletes that have entered the sport. After moving to California and making a powerful impression at the famous Gold’s Gym, Platz won the Mr. Universe title in 1980.

Revered for his lower body strength, Platz pushed himself in the IFBB Pro League in the 1970s and 1980s, which saw him grace the prestigious Olympia stage eight times. Tom has shared battles with legends like seven-time Olympia winner Arnold Schwarzenegger and eight-time Mr. Olympia Lee Haney.

Known as the “Quadfather,” Platz’ leg training sessions cemented his name amongst some of the most tenacious in the sport. He participated in Germany’s 1992 Great American Squat Off against Fred Hatfield, which many have described as a very close contest. While he no longer competes, Tom’s passion for the sport hasn’t waned. In addition to memorializing the late Bill Pearl, Platz gave his thoughts on bodybuilding’s two most popular contests losing their influence.

Tom Platz on Bodybuilders Dying: ‘I Guess I’m Next in Line’

After the passing of Ed Corny in 2019, Platz believes his time might be coming soon.

“Ed Corny passed away, and I’m like wow, I guess I’m next in line. We all die, and we all live, and I don’t think enough people live enough, so I try to ring all the water drops out of the towel in reference to life,” says Tom Platz.

Platz revealed that he pursued bodybuilding because of Bill Pearl. He educated Tom on how to compete and guided him to be a professional before Pro cards existed.

“Bill Pearl had an impact on me as a young man and a young bodybuilder and I pursued the business [bodybuilding] because of him. Bill Pearl made an enormous impact on all of us, especially myself, and he educated me to be a professional bodybuilder before there was a pro card,” Platz shared.

According to Platz, bodybuilding is about far more than just winning Mr. Olympia or the Arnold Classic.

“Many people think bodybuilding is just winning the Olympia, but it’s not. It’s about so much more than just having a good body and showing off, and these gentlemen [like Bill Pearl] have really shown us how it goes.”

Platz said Mr. Universe shows weren’t just muscle contests like Olympia or the Arnold but a “representation of American manhood.”

“The issue is that Mr. America back then wasn’t just a bodybuilding competition. You had to have poise, good skin, good hair, and good language skills, and be [the ideal] representation of American manhood [or] the perfect man, not just physically but mentally and spiritually.”

Despite the sport’s most popular shows losing their prestige, Platz believes bringing the Mr. America contest back is a step in the right direction. He added that the values present during his era will eventually return as young competitors continue to flock to divisions like Classic Physique, which place more importance on symmetry and proportions rather than size.

“I think that the Olympia has lost its identity, and that the Arnold Classic has lost its reputation. Mr. America is trying to bring that iconic competition back, and I think that’s the direction that bodybuilding should go. I could not say that better. I think the values [of past bodybuilding eras] will come back, especially among the younger community, and it’s not just about biceps and triceps,” Plats explained.

It should be noted that the 2023 Arnold Classic organizers have announced that a number of divisions will not be featured at their next show. They decided to move on without Women’s Physique, Women’s Bodybuilding, Figure, and 212 Bodybuilding. This decision elicited strong reactions from the bodybuilding community, including four-time Olympia winner Jay Cutler, who suggested that the decision was made ‘without a real explanation.’

Cutler wasn’t the only bodybuilder to voice dissatisfaction with the decision. Veteran Lee Priest also took issue requesting that the organizers should just ‘leave the show how it was.’ While Platz doesn’t believe the sport honors the same values that were present during his time competing, he does believe in time, they will return.

RELATED: Golden Era’s Tom Platz on Bodybuilding Cycle of Two Compounds: ‘It Worked for Me and Gave Me Longevity’