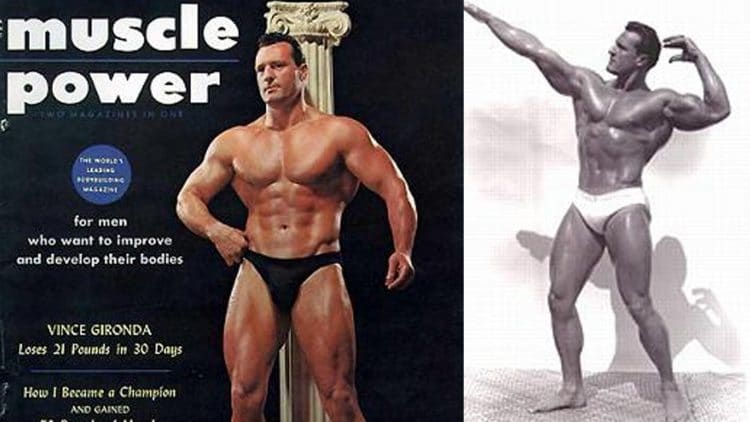 Ross was the definition of the classic bodybuilder. He was a no nonsense hard trainer…and we mean HARD trainer! 140+lb dumbell presses and incline presses, 400+lb squats, and 200lb curls were not unheard of!

Ross was one of the pioneers of multi set training but didn’t come close to the high volume routines later done by Schwarzenegger and company.

He used full body routines three times a week. He’d work up to 4 sets of 15 different exercises when trying to lean down for a contest.

His reps were generally a ten count and he pushed hard to get there. Heavy weights were a priority for Ross and his strength skyrocketed.
He was one of the strongest bodybuilders of his era.

His non-steroid aided workouts would still be very impressive in any gym today. In fact, his workouts may be too much for most natural trainers. Clancy was a genetic superior to many.

Ross went on to win the Pro Mr. America, the Mr. USA contest, and placed highly in other top venues of the day.

He was a contemporary of Steve Reeves and even beat him on more than one occasion. Something few men could boast!

At a height of 5’9″ Clancy competed at weights ranging from 185-200lbs.
His best condition at 198lbs was acheived in 1955 at the Pro Mr. Universe contest in England.(see photo on right)

His physique is impressive even by today’s standards and is one of the best of the pre steroid era.

Joe Weider actually used Clancy’s body in pictures with Joe’s head on top, much like the bust with Robbie Robinson’s body decades later.

Ross had his own gym for years and worked in other fields outside of the gym. He later retired and lived out his years in California. Ross passed away on April 30th, 2008.

Shortly before his death, however, an Iron Age Forum member posted a news article on Clancy. It seemed he was living in a retirement facility and had asked for equipment donations locally to improve their meager workout room. He wanted his friends to enjoy the benefits of exercise as he had throughout his life.

Having Clancy Ross himself making the request sparked a donation drive. The good members of Iron Age collected enough to help make Clancy’s wish come true.
Another former Mr. America and bodybuilding great Boyer Coe reached out and offered a complete line of dumbells and anything else he could do to help out. Boyer is really a great guy.

Even Joe Weider got involved and offered to send a workout station to his old friend.

Sadly, Clancy Ross passed on before he could see his wish materialize. However, in my talks with him during those last few weeks I could tell how deeply touched he was to have old friends and fans reach out to help.

Clancy Ross was truly a very humble gentleman who didn’t expect anyone to remember his previous glory. But we will always remember and commemorate this great bodybuilding pioneer.

With his outstanding combination of mass, symmetry, and power, he left a permanent mark on the Iron Age.