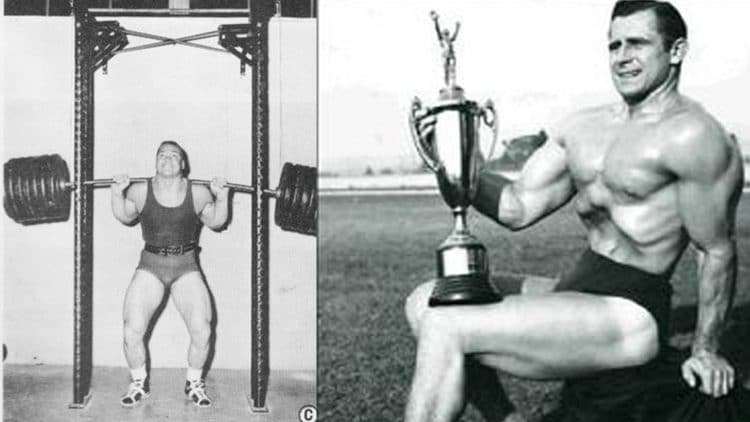 Steve Stanko was born in New Jersey on September 5, 1917, and by his early twenties, had established himself as one of the premier weightlifters of his generation.

Although remembered here as a bodybuilding champion, Steve was first and foremost a weight lifter. He was part of Bob Hoffman’s York Barbell Club of lifters and competed for the United States.

Today’s bodybuilders are never associated with Olympic Lifting as they were in the early Iron Age era. John Grimek was the first great Olympic lifter to grace the bodybuilding stage. Steve followed shortly after.

Their early strength training showed in their physiques. They both exhibited huge and thick musculatures from years of practicing heavy lifts.
Stanko won the Mr. New Jersey in 1938 and the Junior National weightlifting Championships in Cleveland. At the Middle Atlantic States meet in April 1941, he became the first man to officially total 1,000 pounds in a weightlifting meet.

Prior to 1972 there were three Olympic lifts, the Press, Snatch and the Clean and Jerk. Since then the press has been removed from Olympic lifting competitions.
As a natural athlete his strength was legendary. He is mentioned in David Willoughby’s “The Super Athletes” as being able to do 3 one-arm chins at a bodyweight of 220 pounds!

Two arm chins are difficult at that bodyweight. To fully appreciate this feat of strength, try doing even a single one arm chin the next time you are at the gym.
Unfortunately, Steve was plagued by Phlebitus beginning in his mid thirties. Phlebitus is a condition where veins, usually in the legs, get inflamed and swollen. It is associated with blood clots and can be very painful. Due to the disorder in his legs his weight dropped to 178 pounds and he was forced to use crutches to walk. 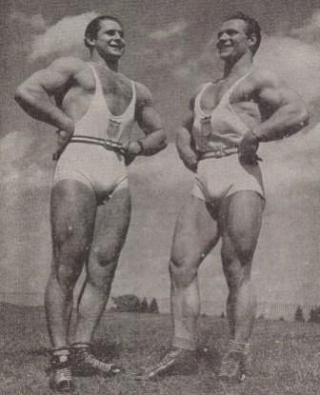 Stanko was not about to give up! Despite his medical setback he set his sights on regaining some of his former strength and size.

Starting slowly, he began using a light training program doing all his exercises from a reclining position and regained some of his previous strength. In fact, his strength increased to the point that he was soon able to demonstrate it with a pullover and press of over 300 pounds!

No longer able to do the heavy lifts of his past Steve turned his attention from weight lifting to bodybuilding. He sculpted a leaned and massive physique for the posing dias. As a result he won the 1944 AAU Jr. Mr America title as well as the prestigious AAU Mr. America title.

The Mr America was the premier bodybuilding contest of the time. There was no greater title to win. Steve joined John Grimek as both a champion weight lifter and champion bodybuilder.

Three years after his Mr America victory, he took the top prize in the first ever Mr. Universe contest in 1947. It was held in Philadelphia, Pennsylvania. In that competition Steve bested the likes of John Farbotnik, Eric Pedersen, George Eiferman, and Jules Bacon.

Steve Stanko, Mr. America and Mr. Universe, all round strength athlete and champion weightlifter, died on December 31, 1978 at the age of 61. He will always be remembered as an Iron Age champion.

Months after connecting on Instagram, UK-based amateur bodybuilders Amy Scholes-Higham and Ryan Mackins found love in the heat of the...

As a top athlete during the 1950s and 1960s, bodybuilding legend Bill Pearl reached incredible heights while competing as an...