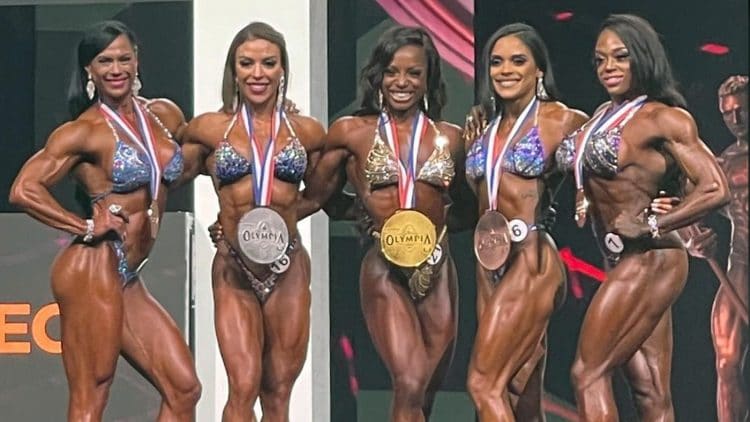 Cydney Gillon is the 2021 Figure Olympia champion yet again, after winning the 2021 Olympia, held in Orlando, Florida from October 7th-10th. This left Natalia Soltero coming in second place, while Stephanie Gibson found herself in the third place position.

This year, there was a lot to look forward to in terms of the Figure Division of the 2021 Olympia. Of course, the main attraction had to be Cydney Gillon, who was coming into this contest as the 4x champ, with fans chomping at the bit to see if she would be able to secure her fifth title in a row, and becoming the winningest Figure Olympia champ in history.

When all was said and done, Cydney Gillon was able to do just that, leaving this contest with the trophy, the title of five-time champion, and the top prize money. She did this by taking out a lineup of 23 ladies, all of which putting their all into their packages to win the show.

That said, it came from a hard fought battle between her and Natalia Soltero, who placed second, and Stephanie Gibson who wound up in the third place position in her very first Olympia. From the start of the Prejudging, to the end of the Finals, this was a great competition between the best Figure athletes in the sport.

Check out the official Figure Olympia results below!