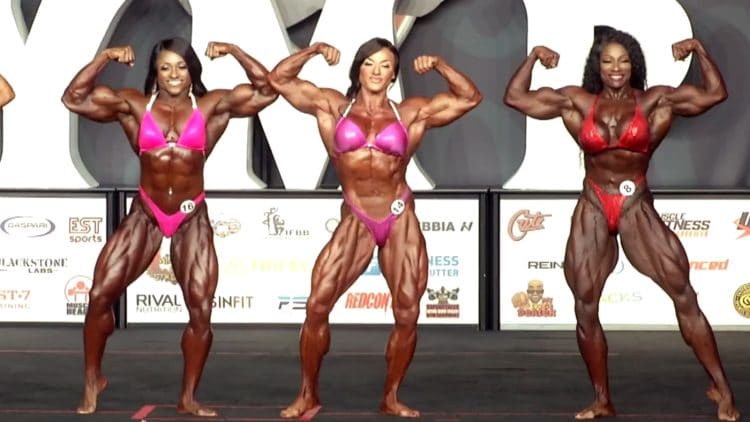 The 2021 Mr. Olympia takes place October 7th-10th, in Orlando, Florida. The penultimate division to compete in Friday morning’s Prejudging was the Ms. Olympia, bringing together the best female bodybuilders in the world.

This marks the second year that the Ms. Olympia has taken place, since being pulled from the competition in 2014. Last year saw an exciting contest, but in the end it was Andrea Shaw who won the title.

However the big question is whether or not she would be able to defend her title, heading into the 2021 Olympia. After all, this year brought a sturdy lineup of 16 competitors, with a big portion of them being either former Ms. O champions, or Wings of Strength Rising Phoenix champions.

The first step towards determining the 2021 Ms. Olympia winner came on Friday afternoon, when they took the stage for the Prejudging. When this was said and done, fans had a pretty decent idea of who the top contenders would be for this year’s contest.

The 2021 Ms. Olympia Finals take place later this evening, when the ladies return to the stage for the last time, and determine who the winner is. Stay tuned to Fitness Volt for updates and results of this contest, as the competition comes to a close.