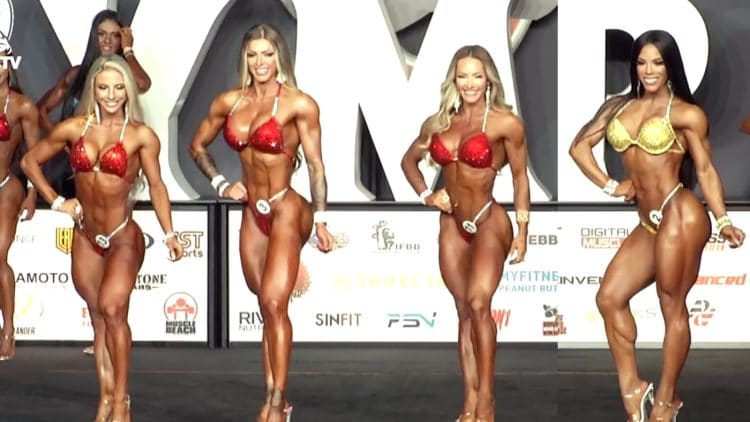 The 2021 Mr. Olympia has kicked off, running from October 7th-10th, in Orlando, Florida. The final group of athletes to do prejudging on Friday morning, was the Wellness Division, making their first appearance on the biggest stage bodybuilding has to offer.

Fans were excited when news broke that the Wellness Division was the being added to the lineup of athletes competing at the 2021 Olympia. There had been a bit of demand from hardcore fans of the sport, to see these ladies given the respect they deserve for the hard work they have put in.

This is a division that puts a lot of focus on symmetry, proportions, and general appearance, when it comes to the judging. There is also a tendency to favor the lower body, with some attention being put into the hips, calves, and thighs, but the overall package is the most important aspect.

There were a total of 20 ladies who were qualified to the stage at the 2021 Mr. Olympia, walking out for Prejudging on Friday afternoon. This was a group of people from around the world, with a huge percentage coming from the USA and Brazil, but France, Germany, Spain, and Canada all being represented in the lineup.

The Wellness Division returns to the Olympia stage later this evening for the Finals, where the first-ever Wellness Olympia champion will be crowned. Stay tuned to Fitness Volt for updates and results from this contest.