Learn the details on this epic event including the dates, location, changes, event information and how to watch online! 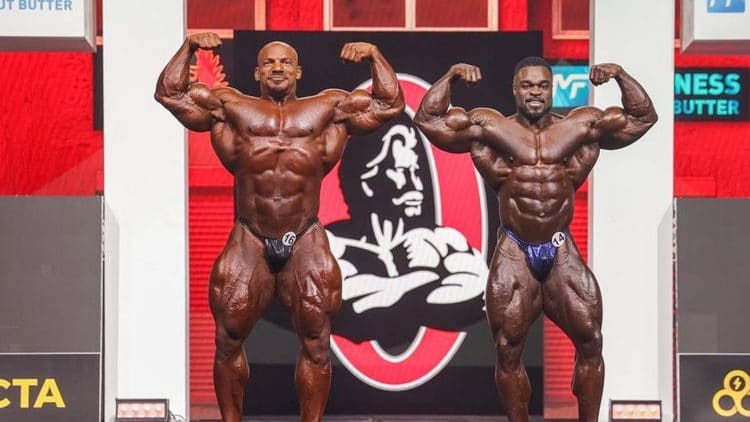 It’s here! The 57th edition of Joe Weider’s Olympia Fitness and Performance weekend returns to the Sunshine state with the iconic event going down October 7-10, 2021, at the Orange County Convention Center in Orlando, Florida.

We’ve seen many recent changes including new ownership and relocation of the event due to the worldwide health crisis. From 1999 up until last year, the Olympia has taken place in Las Vegas, Nevada. However, gathering restrictions would move it to the opposite side of the country and here we are again for the second year in a row!

This year, a record $1.6 million will be awarded to competitors from 11 divisions. While that’s motivation for athletes to bring their A-game, the title of Olympia champion is why these individuals step on stage.

Athletes to watch include reigning Mr. Olympia Big Ramy who will be defending his title against a hungry Open division, while Chris Bumstead of Classic Physique looks to make it three straight Olympia wins. Then you have Andrea Shaw hoping to repeat as Ms. Olympia, and also be sure to look out for the other divisions competing this weekend.

There’ll be lots of fans in attendance as well as sponsors, celebrities, legends, and more.

Last year, the Olympia introduced a new Pay-Per-View experience for fans (who didn’t attend in person) to watch their favorite athletes compete for the most prestigious title in Bodybuilding and Fitness. Well, this year is no different.

To watch all of the events taking place over the weekend, you can purchase the Premium package for $59.95 at Olympiaproductions.com, and we’ve included everything included with this purchase option below.

The LIVE coverage will begin on Thursday, October 7th with the Olympia Press Conference and Meet the Olympians, and the next morning Friday, October 8th with Olympia Pre-Judging at 9AM ET. The action continues on Friday evening with the first day FINALS at 7PM. On Saturday the pre-judging begins once again at 9AM ET followed by the main event FINALS at 7PM ET.

Viewers can stream the events from a range of devices including a phone, tablet, desktop, or TV. Additionally, there will be a free Fan Channel that you can learn more about at Olympiaproductions.com.

How The Olympia Events Will Go Down!

To make sure you don’t miss any of the action, this is how the event will go down over the weekend.

There will be two events on Thursday.

We hope you’re just as excited as we are about this highly-anticipated once-yearly event. The 2021 Olympia aims to be one for the ages as it will feature impressive athletes, incredible rivalries, record prize money, celebrities, ceremonies, and many events to look forward to.

Be sure to stay tuned for our 2021 Olympia coverage and updates so that you can get all the details from each event.