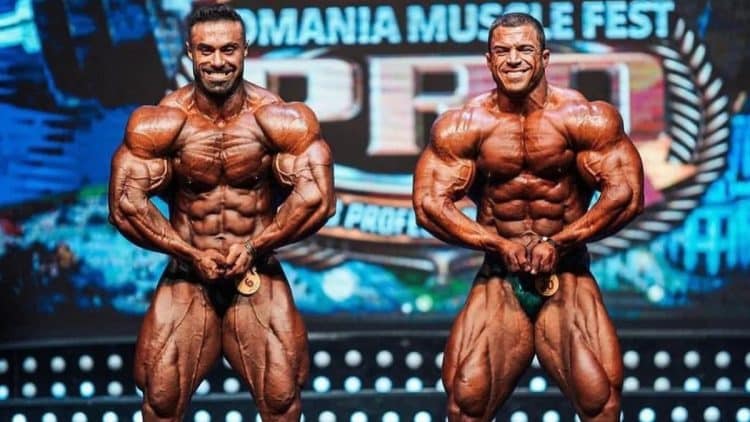 From December 15 – 18, bodybuilders will compete at the sport’s most important contest of the year — 2022 Mr. Olympia — taking place at the Planet Hollywood Resort & Casino venue, in Las Vegas, Nevada. Athletes have less than two weeks to qualify for this year’s Olympia contest as the deadline is set for November 20, 2022.

At the 2021 Romania Muscle Fest Pro last year, Brazilian star Rafael Brandao walked away with the Men’s Open victory. However, Brandao has opted not to defend his title this year and will instead continue preparations for his first-ever Mr. Olympia appearance.

A new Open class champion was crowned in Romania, Bucharest over the weekend as well as nine others. For a full list of the winners, check out the results below:

In the finals, Wilkin and Behrooz Tabani Abar Ghani established themselves as title contenders. Wilkin was seeking vengeance after placing sixth in his last contest at the 2022 Arnold Classic. “The Butcher,” coached by Matt Jansen, took the time to deliver one of the best packages of his career. His striated glutes and separated quads were some of his best assets.

Behrooz on the other hand, brought exceptional conditioning, especially in his upper body. He was led by renowned bodybuilding coach Milos Sarcev this weekend. Behrooz’s x-frame and massive delts drew attention to his physique throughout the entirety of the contest. Many fans described this show as the closest of the 2022 season. In the end, Behrooz Tabani Abar Ghani won the final Men’s Open 2022 Mr. Olympia qualification.

The 212 Bodybuilding division brought the heat this weekend. Vladimir Iacovlev didn’t give an inch in the finals. He was tasked with facing the dangerous Radoslav Angelov. As one of the final qualifiers for the 2022 Olympia contest, Radoslav Angelov capitalized on stage and earned the victory.

Classic Physique’s Abdullah Alrabiah and Adam Bomert were two athletes many were watching during prejudging. Rightfully so, as both men put on a show for the title this weekend. And while it was close, Adam Bomert pulled away and won with fantastic lower body definition.

Burak King and Sidy Pouye found themselves battling for the Men’s Physique crown by the end of prejudging. Sidy’s muscle bellies and sharp conditioning certainly got the attention of the judges. Following a thorough bout of posing, Sidy Pouye found himself in first place.

Many fans named Elisama Manoel Benta Zorzetto as a frontrunner in Romania this week. She brought an insane physique with no clear weaknesses. However, the overall conditioning and flow of Alcione Santos’s physique was more than enough to earn first place.

In the Figure division, bodybuilders battled in one of the last Olympia qualifiers. Two familiar faces pushed each other on stage in Rejoice Godwin and Adela Ondrejovicova. Godwin and Ondrejovicova battled just a week ago at the 2022 Europa Pro Championships. Godwin ended the show in seventh whereas Ondrejovicova took fifth. In round two, Rejoice Godwin exacted her revenge and won the Romania Muscle Fest Pro title.

Manal Ben Jabeur and Raluca Raducu battled on stage with a blend of aesthetics and shape. Even though it was a difficult contest to score, Raluca Raducu ultimately cemented her status as the champion by the end of finals.

In what is becoming one of the most popular and talked about divisions, Wellness competitors impressed in Romania. Carina Marques and Leonida Ciobu found themselves vying for the crown when prejudging was wrapping up. The 2022 Romania Muscle Fest Pro is in the books now and Leonida Ciobu punched her ticket to the upcoming Olympia. 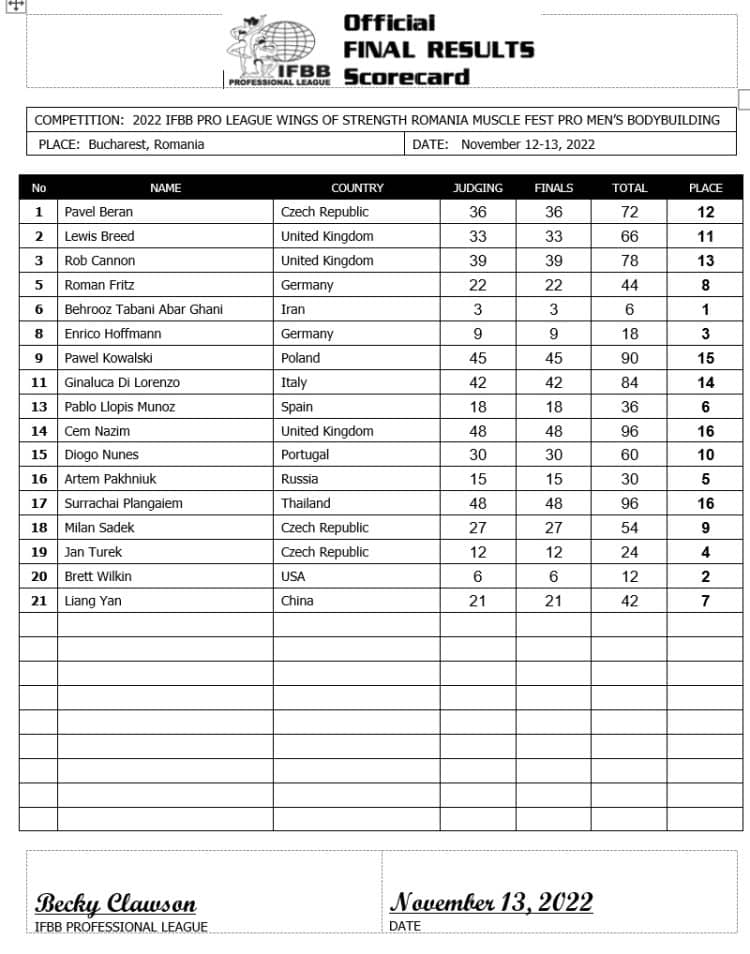 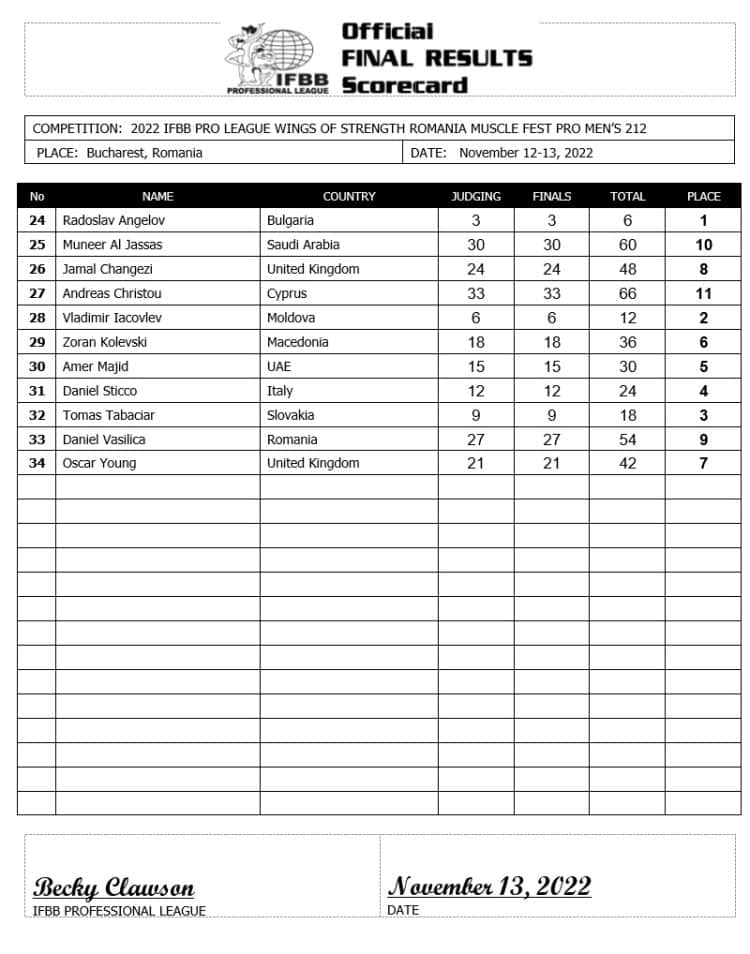 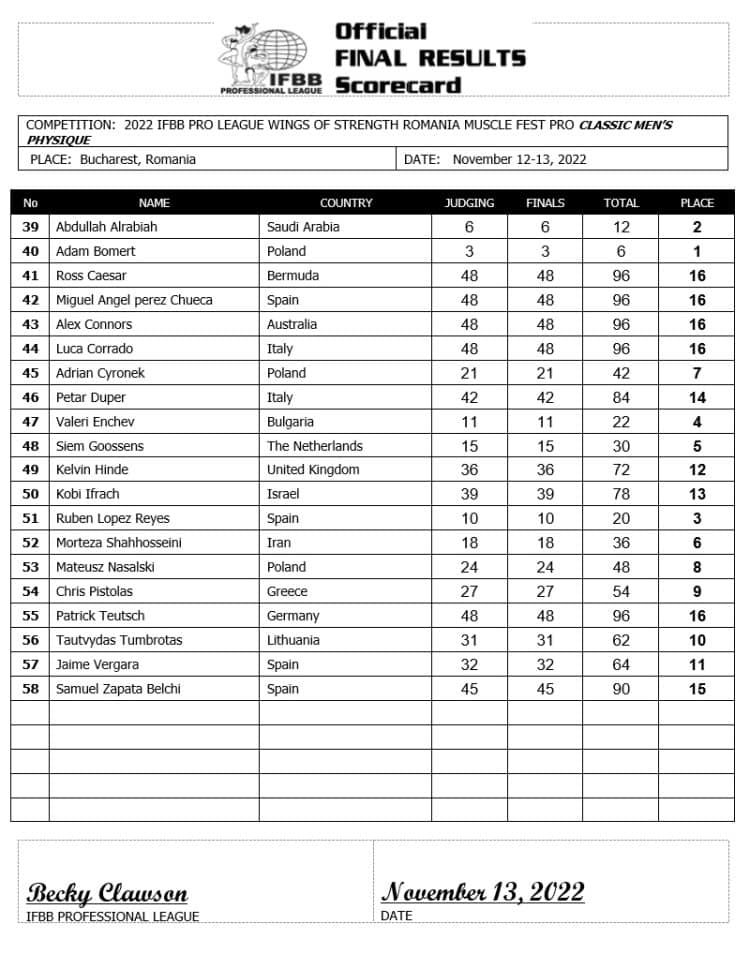 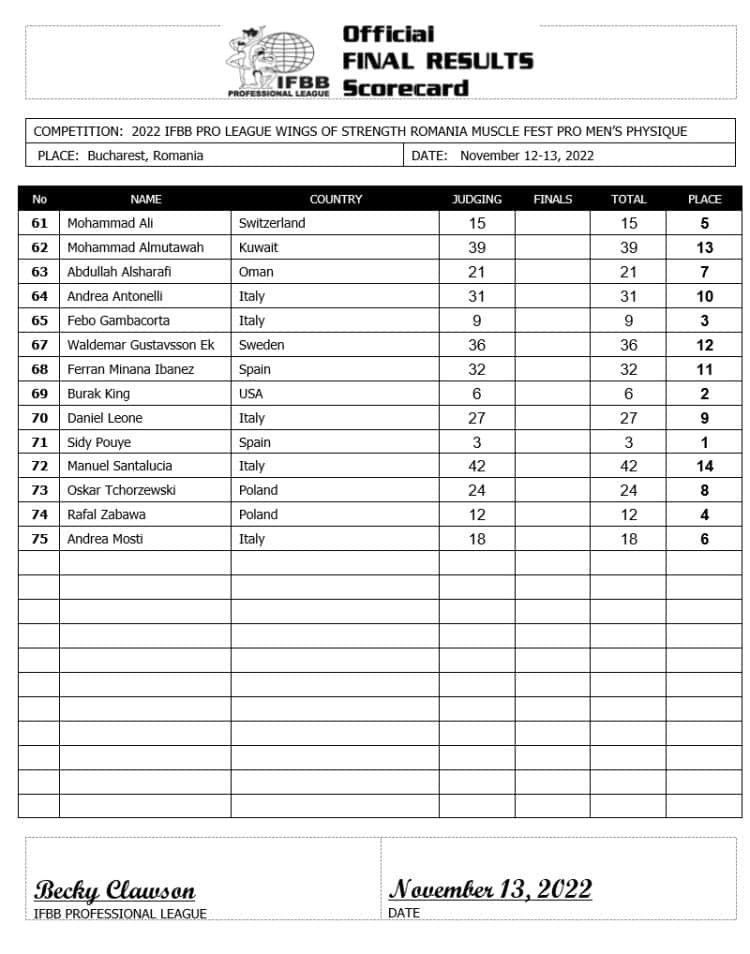 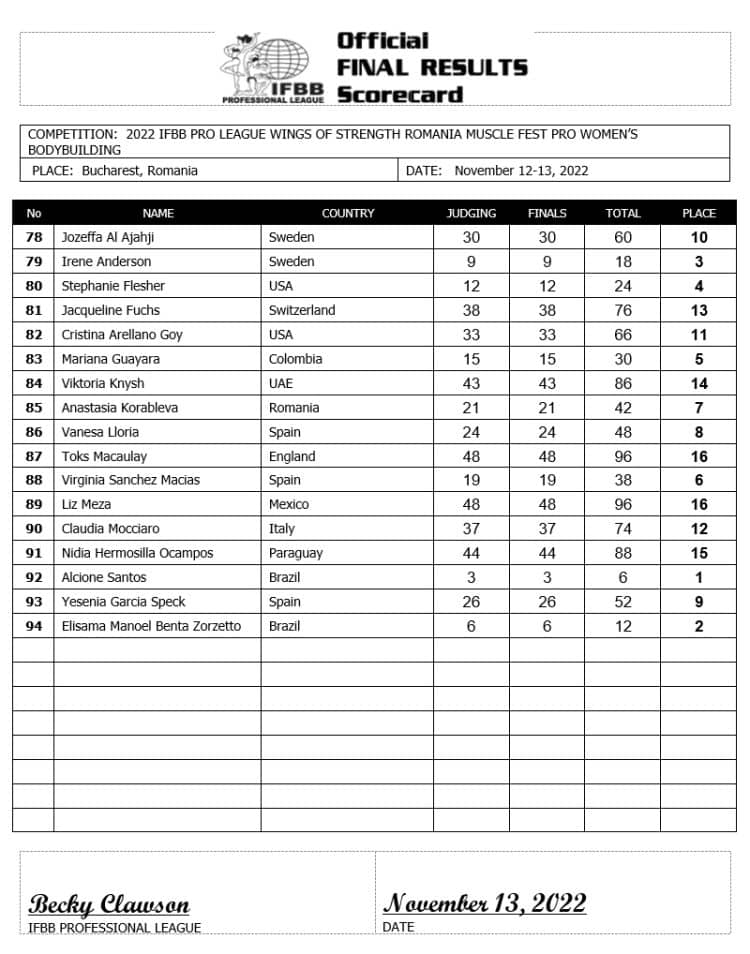 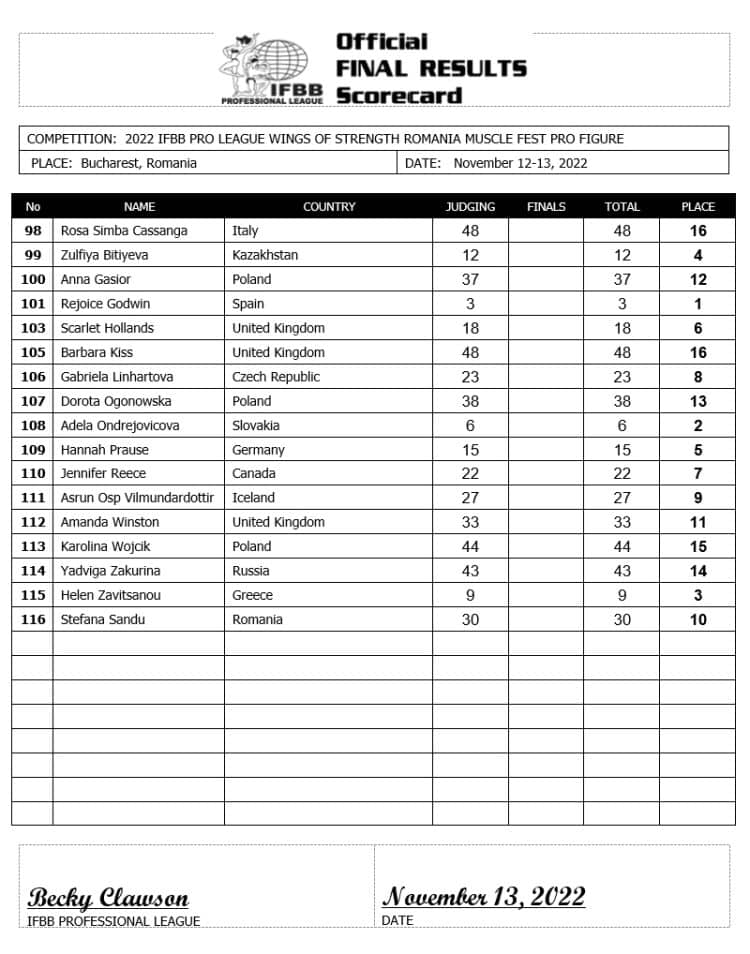 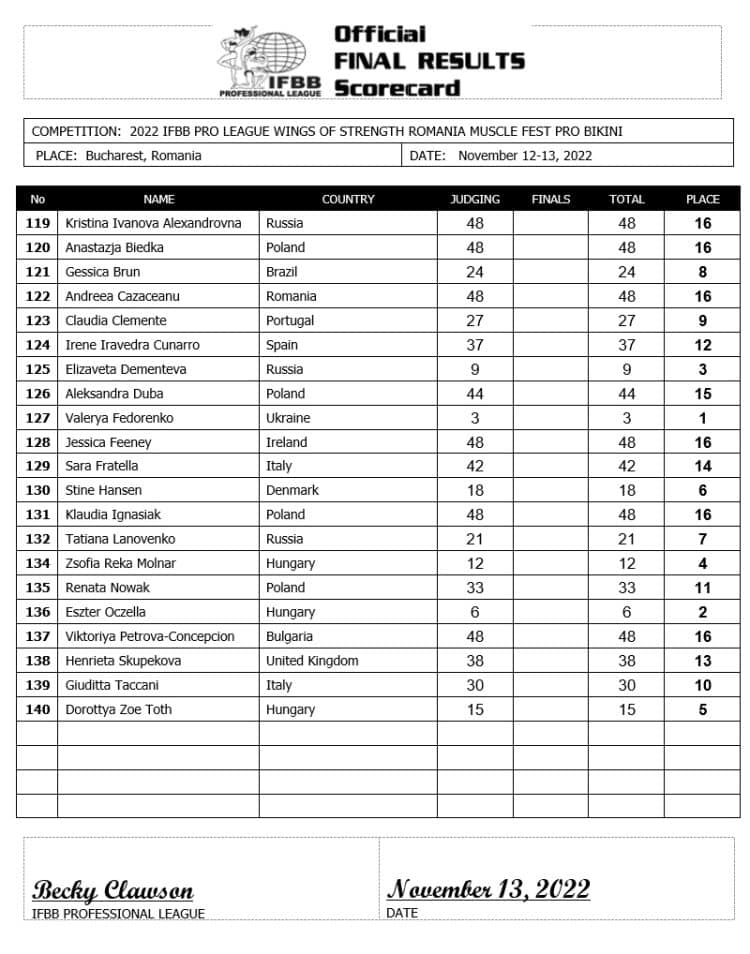 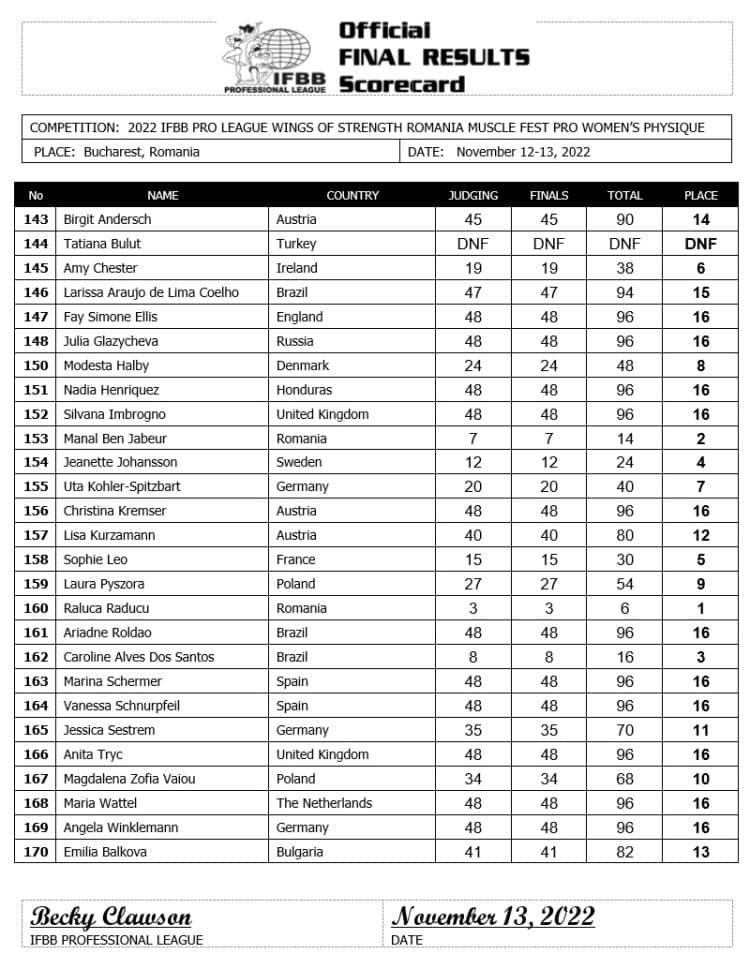 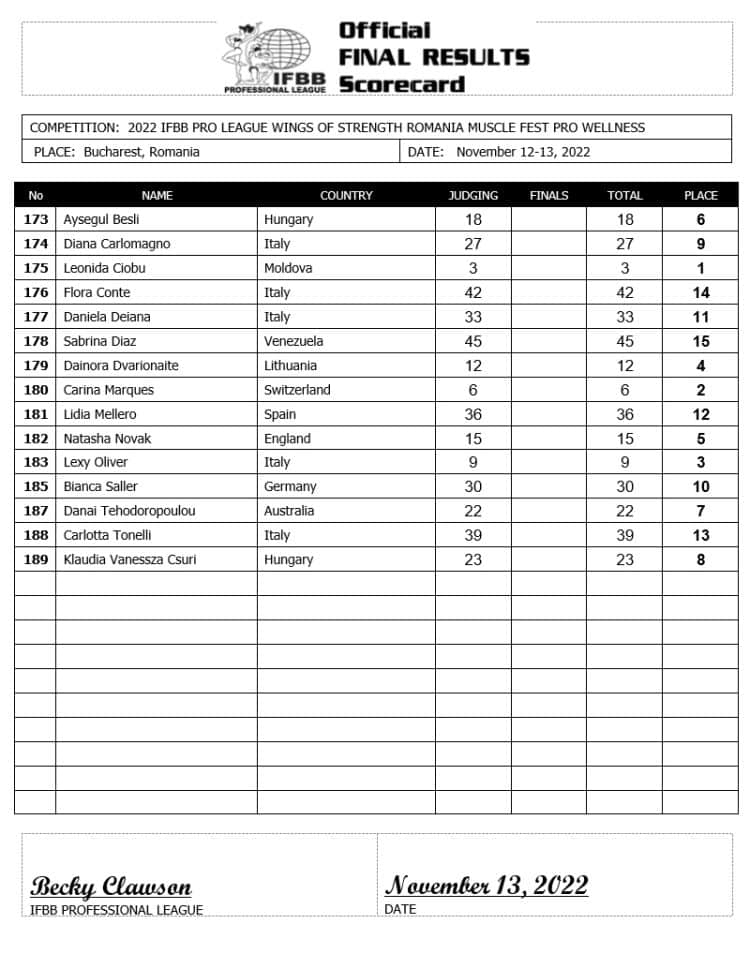 Staff at Fitness Volt congratulate the winners on their victories this weekend!