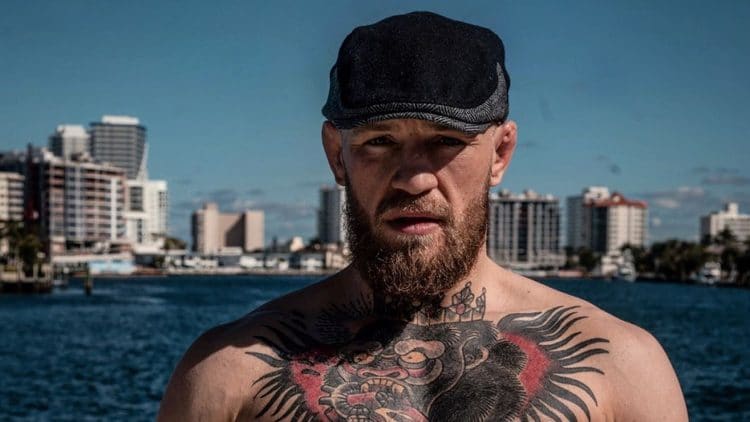 Conor McGregor is quite possibly the biggest thing to ever happen to the UFC, but he’s recently announced his retirement from the sport via Twitter. Is that right? or is he just messing with us?

“Notorious” Conor McGregor is a former featherweight and lightweight UFC champion who really took the world by storm with his one-punch knockout power, and “larger than life” personality. But, recently he’s been getting into a lot of mischiefs, throwing a dolly into a bus at the current lightweight UFC champion Khabib Nurmagomedov, and even destroying a fan’s phone before walking off with it.

McGregor is not shy about anything… and it’s made him one of the biggest names in sports entertainment. Now, the last time he fought in the ring was in October against Khabib Nurmagomedov where he lost via submission.

But from McGregor’s history of backing up his trash talk and keeping his promises, we’d think he would want revenge for his loss since he is so passionate about being the best fighter of all time.

But, he’s announced his retirement and here’s the Tweet…

“Hey guys quick announcement, I’ve decided to retire from the sport formally known as “Mixed Martial Art” today. I wish all my old colleagues well going forward in competition. I now join my former partners on this venture, already in retirement. Proper Pina Coladas on me fellas”!

Hey guys quick announcement, I’ve decided to retire from the sport formally known as “Mixed Martial Art” today.
I wish all my old colleagues well going forward in competition.
I now join my former partners on this venture, already in retirement.
Proper Pina Coladas on me fellas!

Here’s a text from the UFC’s President Dana White showing his support for McGregor’s decision to leave the UFC.

Mcgregor who released his Proper No.12 Irish whiskey last year and it did a record-breaking business so far. Not only that he’s also partnered with David August to launch his own clothing line, August McGregor.

Now, anyone who knows Dana White is probably suspicious seeing as he wouldn’t likely be in favor of the most lucrative UFC fighter retiring so early. McGregor is likely the biggest money maker for the organization, and now we’re very suspicious of this whole situation.

Not too mention, it’d be very unprofessional and disrespectful to retire over a social media text message… right? It’s fishy for sure! But we are in a new age of technology so we can’t say for sure.

I have decided to retire young.
Thanks for the cheese.
Catch ya's later.

There can be only one king in the jungle.
Only ☝️ pic.twitter.com/BuqVNUkoR0

Khabib defeated Mcgregor at UFC 229 last October via fourth-round submission. In the leading up to their fight, Irishman said some very harsh words to Russian, his family and religion. All this played a huge role in the post-fight brawl that resulted in the suspension of both UFC superstars.

“It’s a creative way to retire and it was a cryptic way to retire,” Rousey said on SportsCenter on Tuesday. “We will see how permanent it is. If he wants to retire forever, he’s more than earned it. Like I said, I’m ready to buy the second round.”

Second round is on me😉 https://t.co/1liGxXhVTG

Do you think Conor McGregor is really retiring from the UFC?